New 911 dispatch center made out of reclaimed office space

These are the people you will talk to if you ever need to call 911 in the Parker area. And they have new digs, thanks to a decision to clear out an old outdated system of files at the Sheriff’s headquarters in Parker, saving money and creating a larger space. 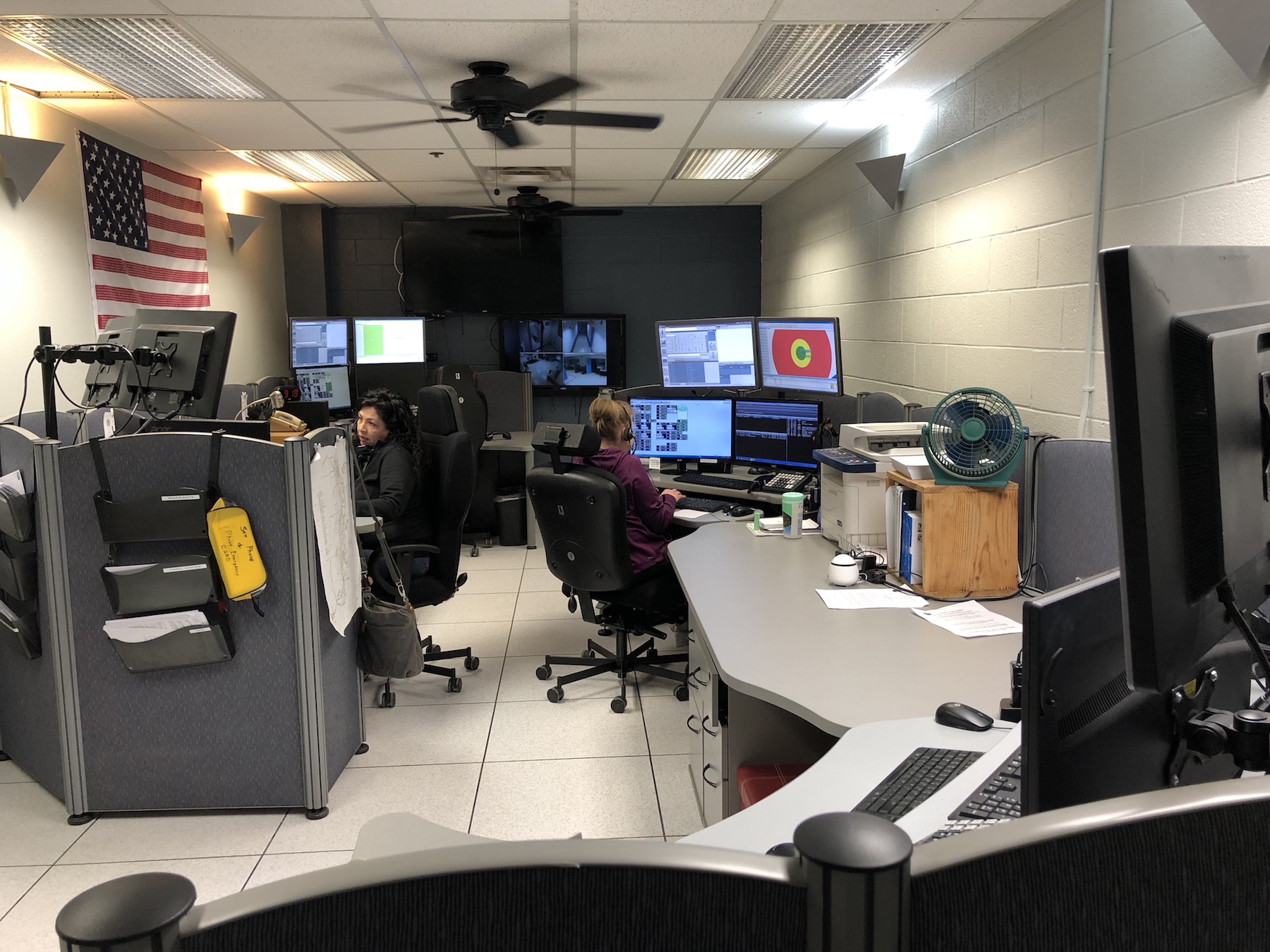 La Paz County Dispatch is the vital link between citizens and emergency responders, ensuring that emergency calls have a timely and accurate response, and that any member of the public who needs police, fire, ambulance or other assistance at the time of an emergency gets it.

The old dispatch center was small and crowded, according to Sheriff’s Captain Curt Bagby. Dispatchers were working long hours in a small, poorly-lit space with the potential for low morale and other issues related to the cramped conditions. Bagby told Parker Live that there had years ago been a proposed plan to build a new center at a price tag of $900,000. But then a discovery offered a new possibility.

“We had this old system of files, every case that the Sheriff’s Department has handled going back years,” Bagby said. “We found out that in fact, we were keeping every document about every case, and we didn’t need to. It turns out we only need a couple of the key documents from each case and we can get rid of the rest.”

The old system, in which heavy wheels are used to move shelves for access, took up a whole room, according to Bagby. But with the finding that only a small fraction of the files needed to be kept, it opened up the possibility of using the room for a new dispatch center, saving the money that would have been needed to build one. 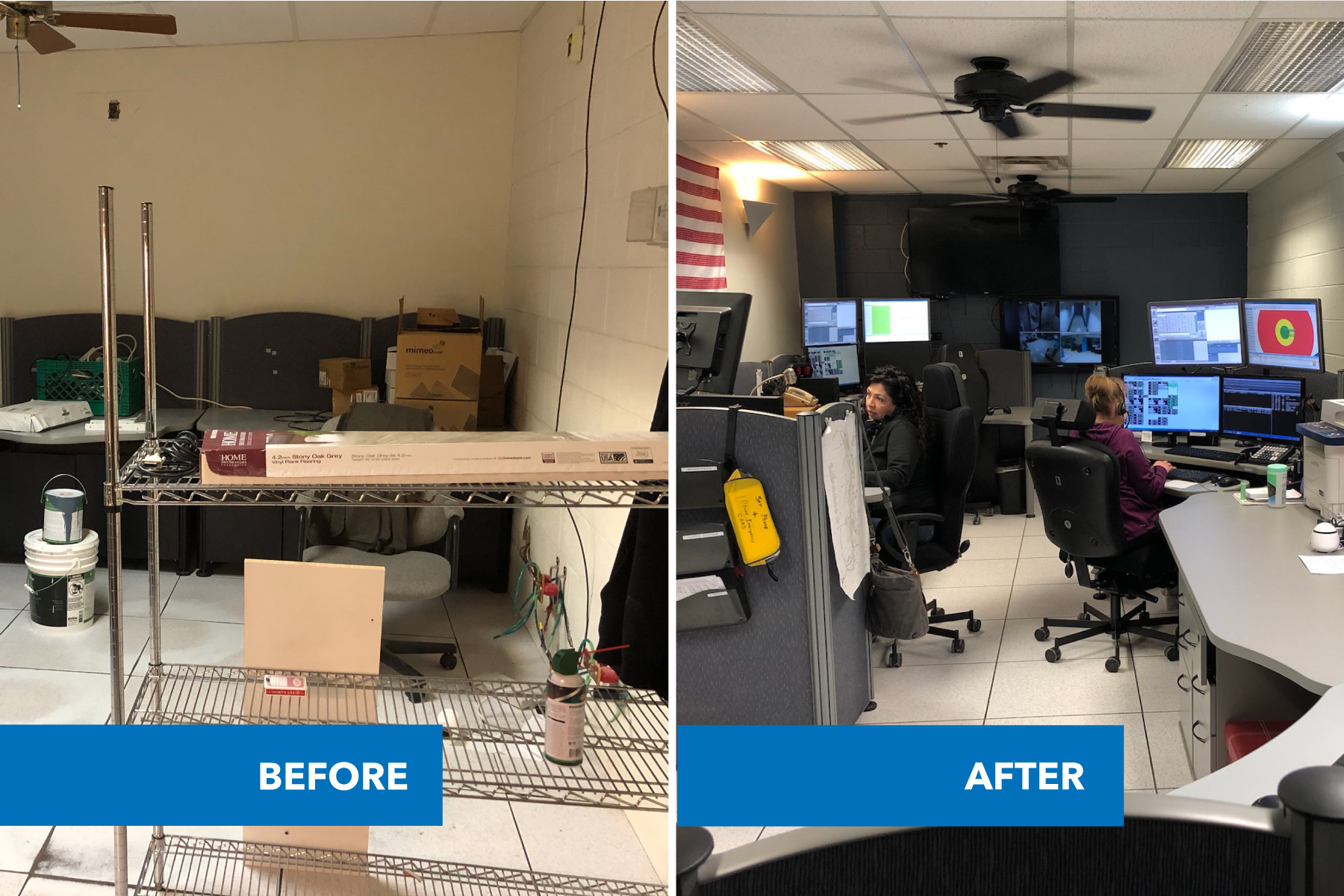 So, within the last month, cables were routed under special flooring, systems were reinstalled in the new location and the new dispatch center has now opened. It offers more space, better lighting, adjustable desks that can accommodate operators sitting or standing, larger screens for viewing the outside, and even a treadmill which will be added soon.

“People don’t understand that morale is important,” Bagby said. “You want people to be good with being in work and in a good frame of mind so they can serve the public.” 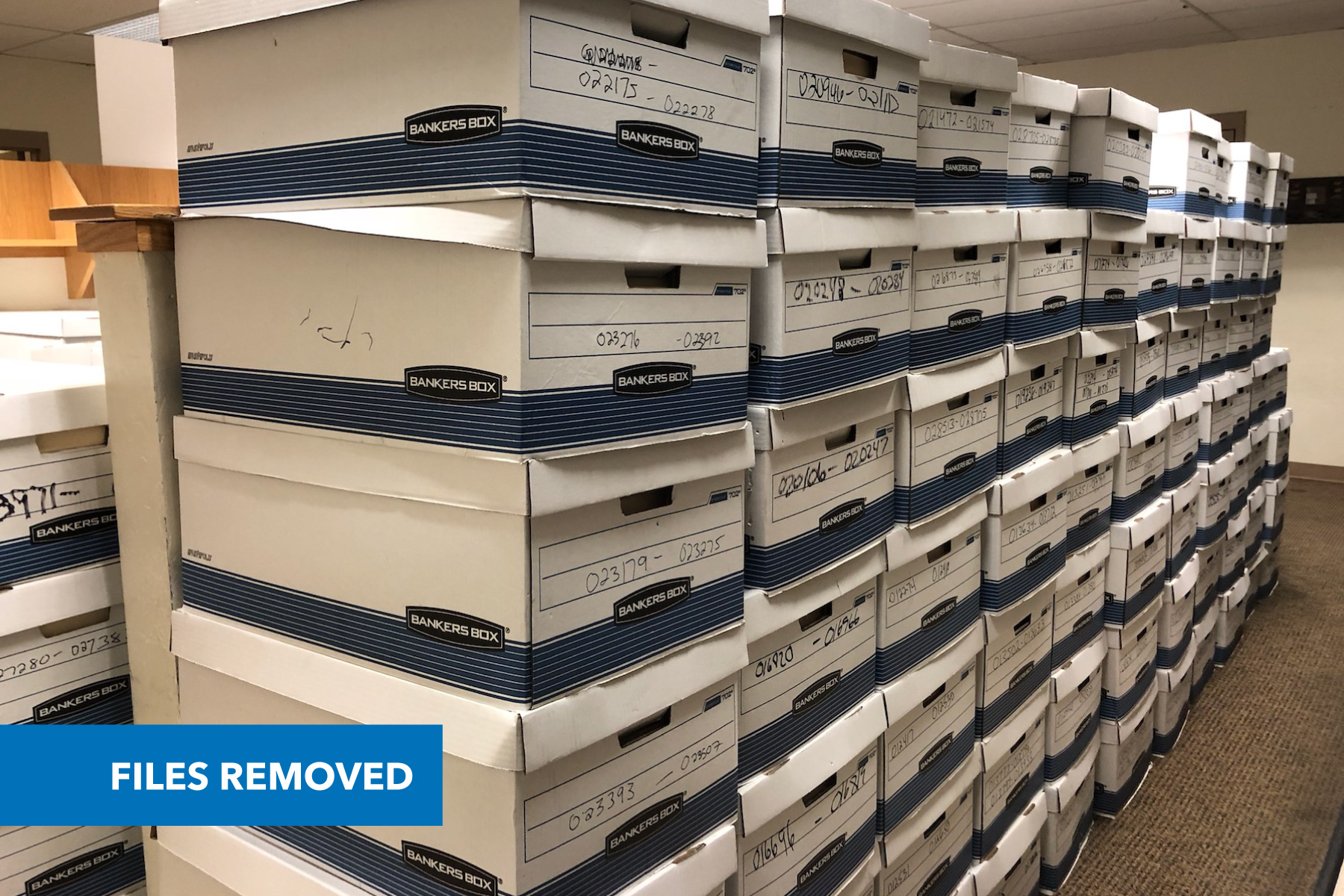