Cristian Alvarado wants to be a cop. His 6th birthday party was ‘crashed’ by members from several local law enforcement agencies, giving him what he told his mom was the best birthday ever. 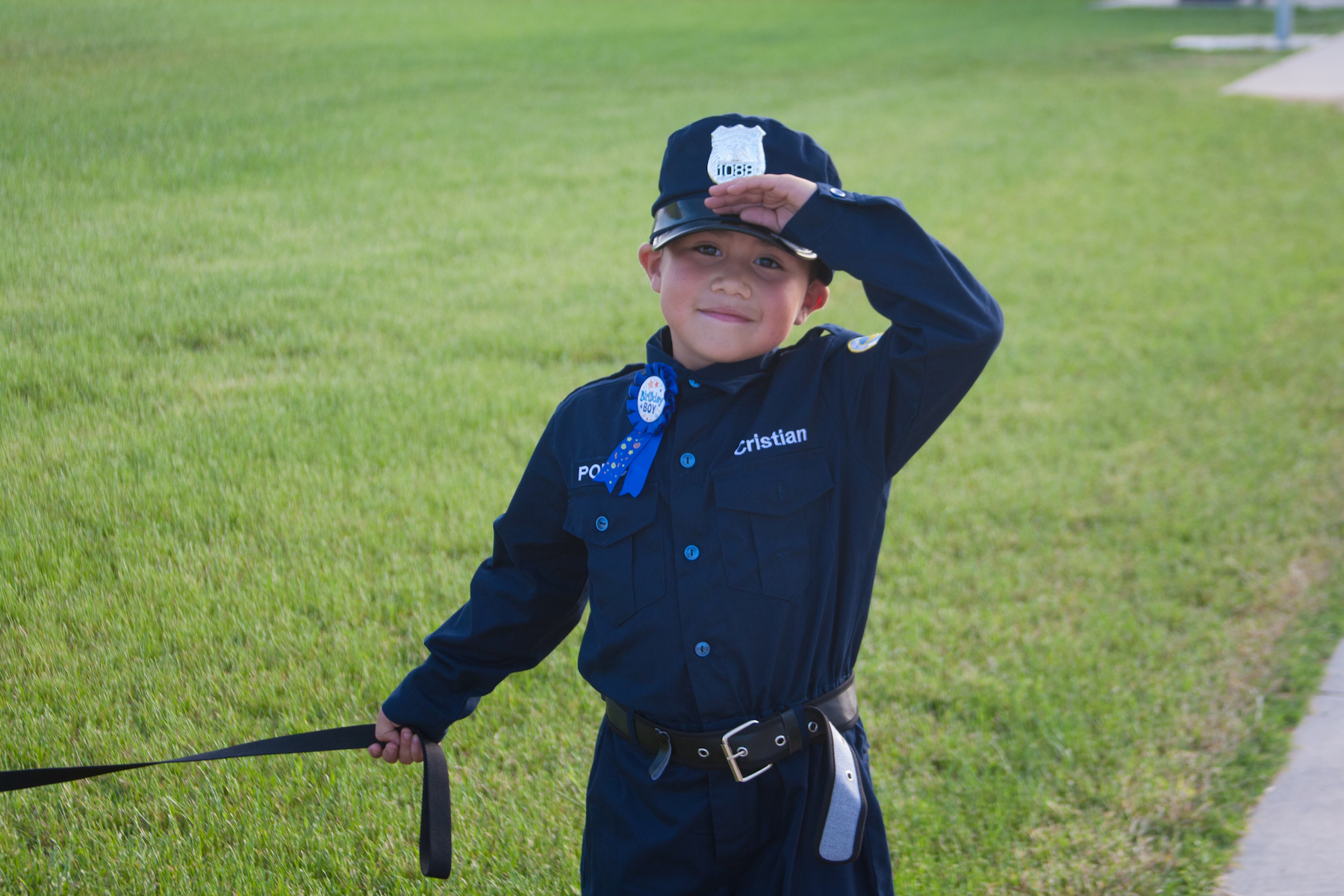 The police gave him his birthday present – a new puppy called Sergeant – and he ended up being featured on multiple state TV news outlets.

“You will find him seating guests at Crossroads sometimes,” she said. “He started helping his mom at Bobby D’s when he was 2 years old and never stopped. We can’t keep him away! But his true passion is being a police officer. He recently told me he got a second job with the police department and won’t be able to work as much at Crossroads.”

Lawny added that Cristian understands the role of the police and truly appreciates them at his young age. He visits the station, takes them cookies and water and goes to all their events.

“He’s something else,” she said.

When Parker Live showed up to take the featured photograph, Cristian immediately saluted without being asked. He was on 3TV News at the time.