A boat pulls up at a private dock on the Parker Strip. Longtime Parker resident Reta Bunge comes out, ready to go with her suit on and ski in hand. Her neighbor and friend John Croteau smiles from the driver’s seat when he sees her; she is an inspiration to everyone. Reta is 92 years old and still waterskis 3 mornings a week. 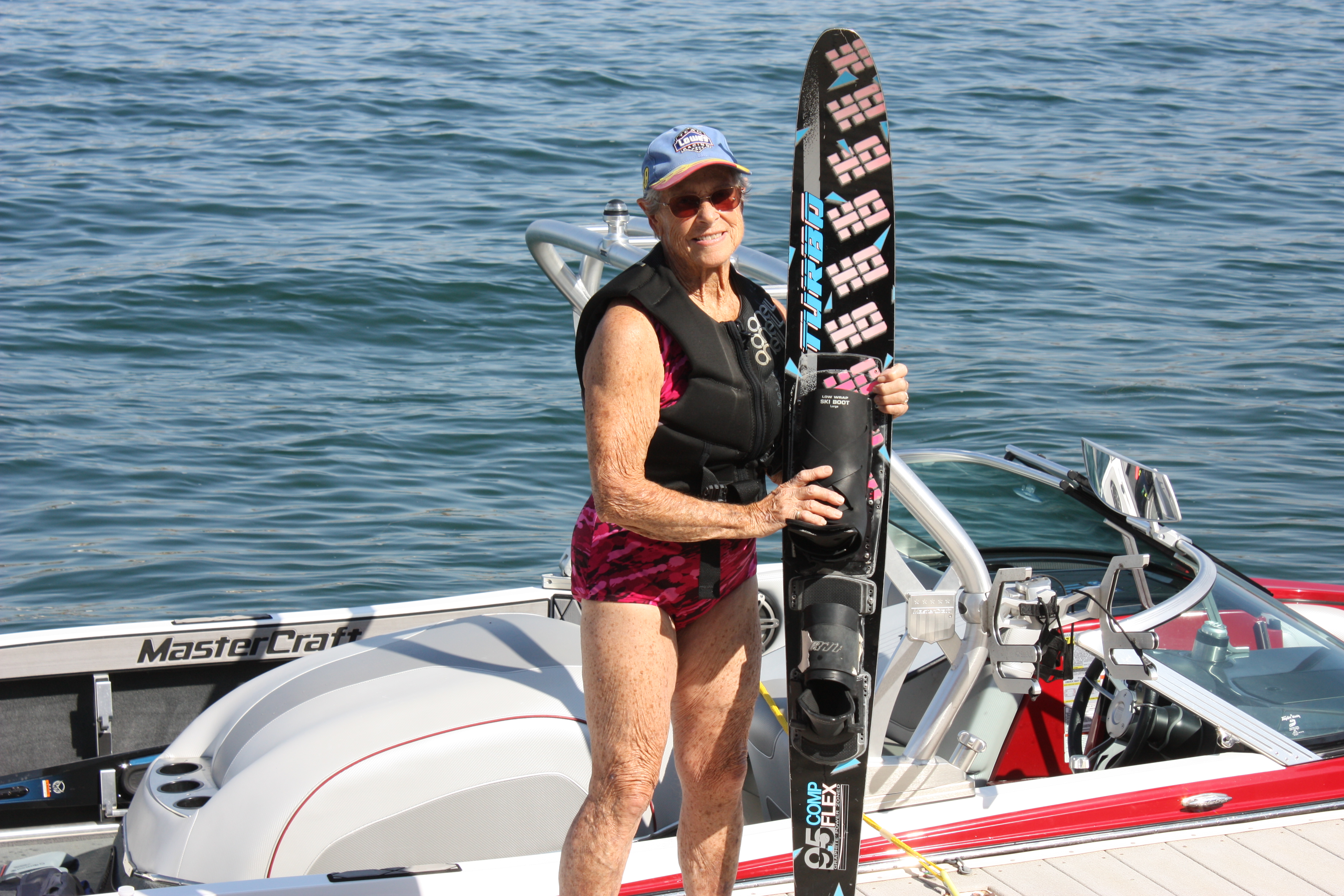 Parker Live has known about Reta and her husband Walter for years, but we’ve only now managed to catch up with her via phone. We asked about her first time waterskiing.

“I tried the first time behind almost like a cabin cruiser, a big boat in the Pacific,” she said. “It’s been a long time, my husband and I used to go to Perris Lake and the Salton Sea and places like that years ago when we still lived in California.”

“We were married for 71 years, so you can imagine how lost I am,” she said. “We met right after high school and we were like honeymooners right up until the end. I lived in Missouri originally, and had never been snow skiing or waterskiing or anything like that when I came to California. One time when we were down at the ocean – his folks owned a place there, we hadn’t been married long – we decided we were going to swim out to this buoy. They were such good swimmers, they left me far behind! [Laughing] I saw them turn around finally and figured I could turn around too. I’ve been in the water ever since! I love to swim.” 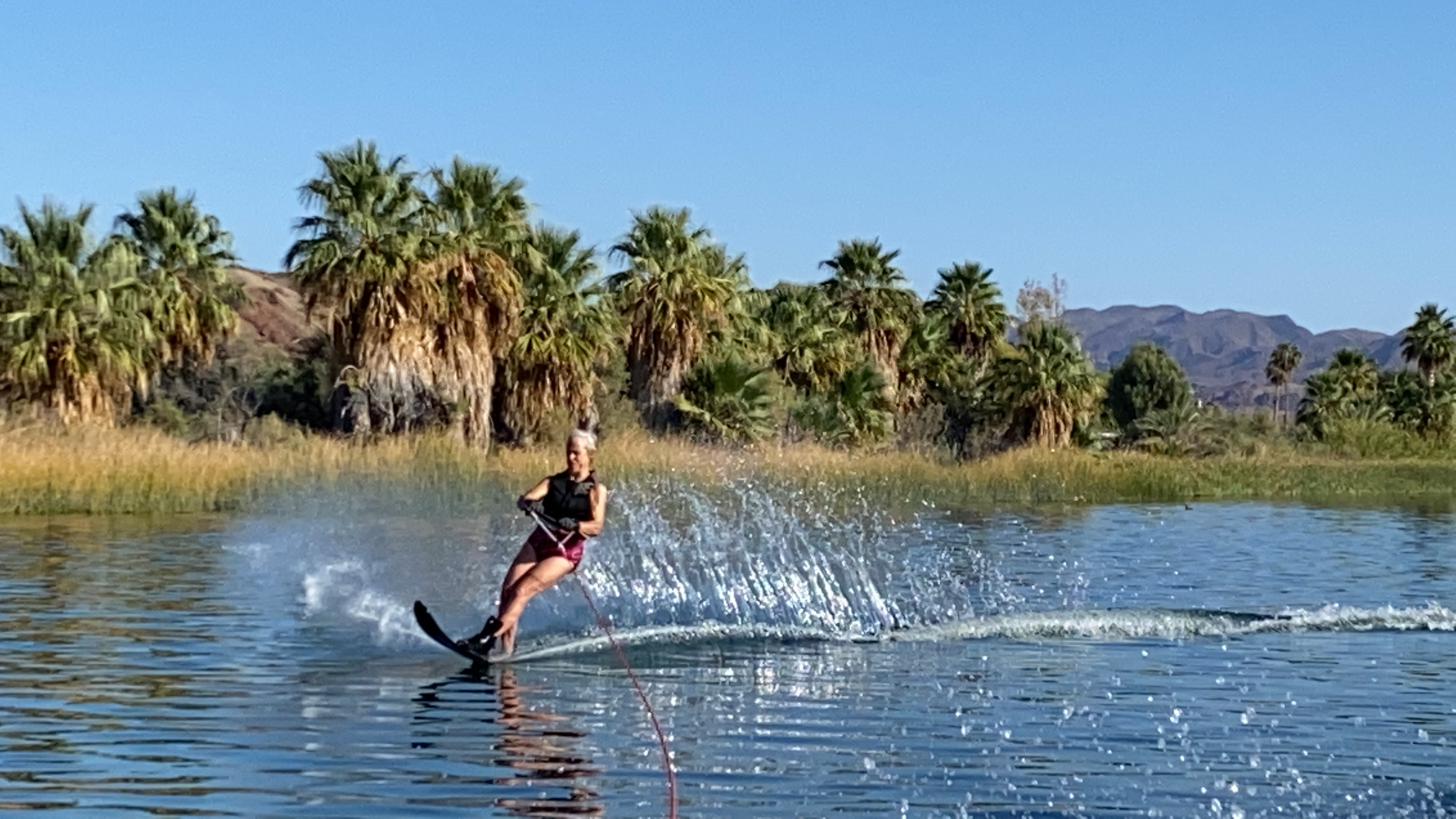 Walter worked in aerospace, on top space programs including Gemini, Apollo, the Space Shuttle, the Space Station and the B2 Bomber program. They lived in Southern California until the mid-90s when he retired and they decided to move out to their house on the Parker Strip.

“I made him wait until a couple of years after he retired, I wasn’t sure I could take the heat!” she told Parker Live. “I’m so glad we bought this place. I didn’t love the house itself when we first bought it, but when I looked out the windows and saw the river, it was great.”

The couple had a boat they kept in their garage and used frequently.

“When he was alive we went waterskiing about 5 days a week. I go 2 or 3 days a week now, I do have a wetsuit for colder times. I don’t find it hard to ski, but it would probably be a little easier if I went every other day. One time I missed a whole week and after that it was hard, I have to be careful. They had to come back around and pick me up again! It takes me longer to warm up than it used to. I’m so grateful to John and these people around me for wanting to bring me out.”

What is Reta’s secret to a long, healthy life and marriage?

“Well we started eating pretty healthy early on,” she said. “We wouldn’t eat too much junk. And didn’t drink too much either. We would go to Happy Hour and get one drink. Just tried to have a good lifestyle. I’m very grateful, it’s been a great life.”

Reta can be spotted waterskiing on the Colorado River north of Parker, AZ early in the mornings. Thanks to John Croteau for the introduction!