Man in his 70s falls down mineshaft while riding ATV, airlifted

A man in his 70s fell down a mineshaft while riding an ATV near Bouse, AZ on Saturday. He was airlifted to hospital with serious injuries after a technical rescue. 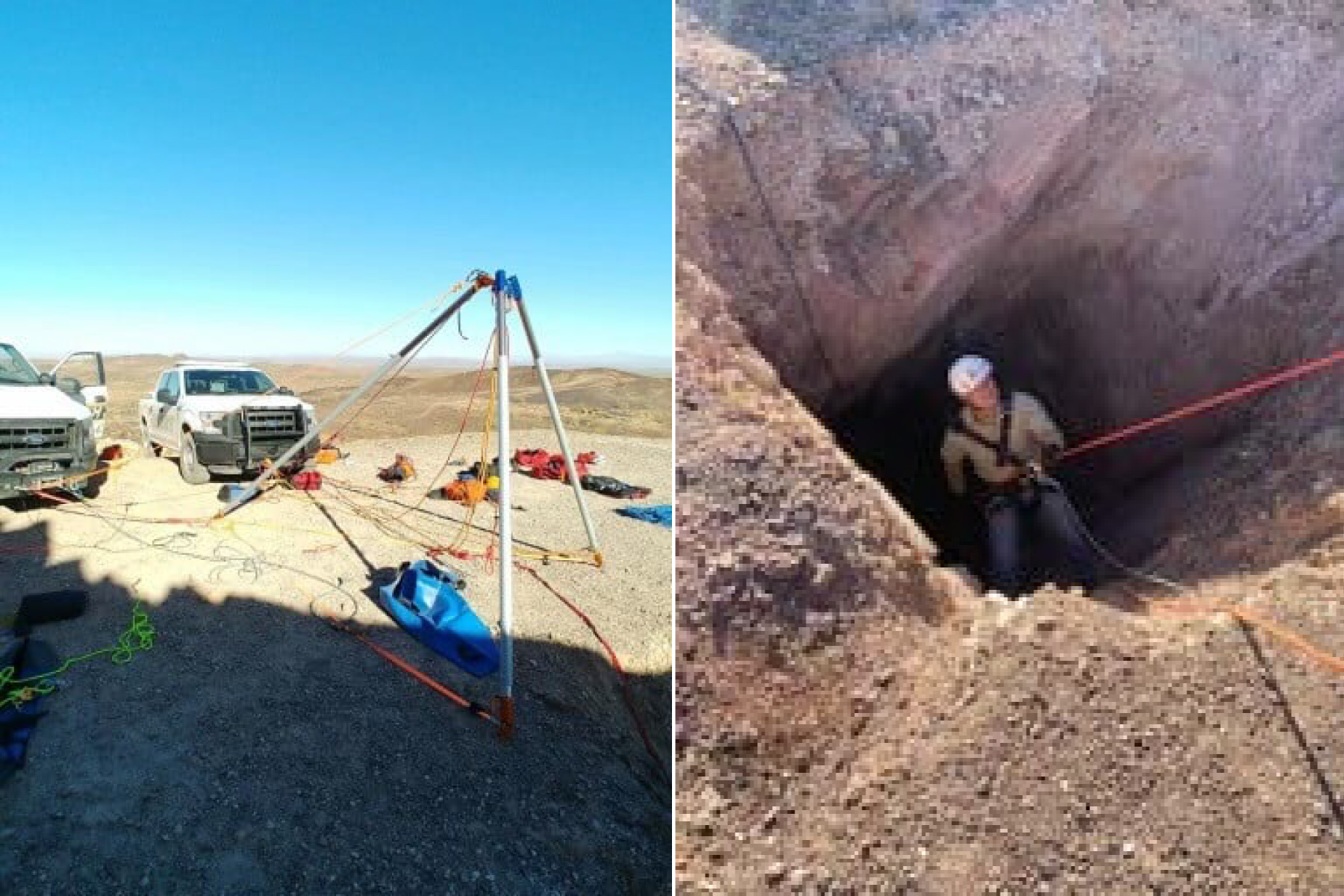 On Saturday morning at around 11:30 am, emergency personnel were dispatched to the ‘Four Peaks’ area off Plomosa Road near Bouse, AZ for a subject that had fallen into an open mineshaft.

Upon arrival, the Sergeant in charge of La Paz County Search and Rescue learned that a male subject in his 70s had driven a ‘quad’, or ATV, up a hill and had accidentally driven into the mineshaft, falling approximately 25 feet down.

The La Paz County Sheriff’s Department had recently purchased an Arizona Vortex, a tripod-based system which allows rescuers to lower themselves down into confined spaces to recover victims or objects. It is described by its manufacturer as an “artificial high directional”, which “allows a single rope technician to carry” and use the kit by themselves. The Sheriff’s Department purchased it for use in mineshaft rescues.

The Sergeant already had the Arizona Vortex in his vehicle and was able to work with personnel from Buckskin Fire Department to secure the man. According to a Facebook post by the Sheriff’s Department, the man was “severely injured but responsive”.

He was secured on a special type of stretcher known as a ‘Stokes litter’, a metal or plastic stretcher that can be assembled on-site, and extracted to the surface where medical personnel were standing by. He was eventually airlifted to a Phoenix-area hospital by Careflight.

There are many open mines in the desert of La Paz County, left over from the days when mining was one of the area’s biggest industries, and completely unregulated for decades. Although many have been closed up or fenced off, some are not. According to the Arizona State Mine Inspector’s Office, there are up to 100,000 open mineshafts in the 9.3 million acres of public lands in the state. But officials have only identified about 19,000 of them, and even fewer are fenced off or secured.

“This type of rescue is very technical in nature and takes extensive training to perform,” the Department said on Facebook. “We would like to recognize the La Paz County Sheriff’s Office Search and Rescue/deputies, Buckskin Fire Department, Bouse Fire Department, American Medical Response and Careflight for working together to ensure this successful rescue. We would also like to point out that had it not been for the partnership/training between the La Paz County Search and Rescue and the Buckskin Fire Department, this rescue may have taken several more hours, which the victim may not have had.”

Although not common, mineshaft rescues do happen in La Paz County. Retired winter visitors enjoy recreation in the open desert all season long. ATVs and UTVs are popularly used to explore the area’s vast public lands. People are encouraged to stay on established trails, including the popular Arizona Peace Trail (link), which links together old, unpaved mining roads with other trails to provide an off-road loop around the western part of the state.