This week’s brief, unexpected drop in the water level of the Parker Strip – caused by a mechanical issue at Headgate Rock Dam that was repaired within hours – has prompted some people to speculate that the change could someday soon become permanent.

After all, we’re all aware that the Colorado River system is in crisis, right? The effects are easily observed further upstream: Lake Mead and Lake Powell make news on a weekly basis these days for how dramatically the water levels have dropped due to a 20 year megadrought, leaving useless boat ramps, exposed sand bars, dead bodies from yesteryear and bathtub rings around the sides which make the change obvious. Even though we don’t see it along our own stretch of the shoreline, we can’t be in denial about the water shortage forever.

Most articles and columns on this topic are about the big picture; I’ll leave that to them. But for this one – and, make no mistake, this is an opinion column, not a news story – I’m going to focus on Havasu and Parker, and do a little speculation about both. 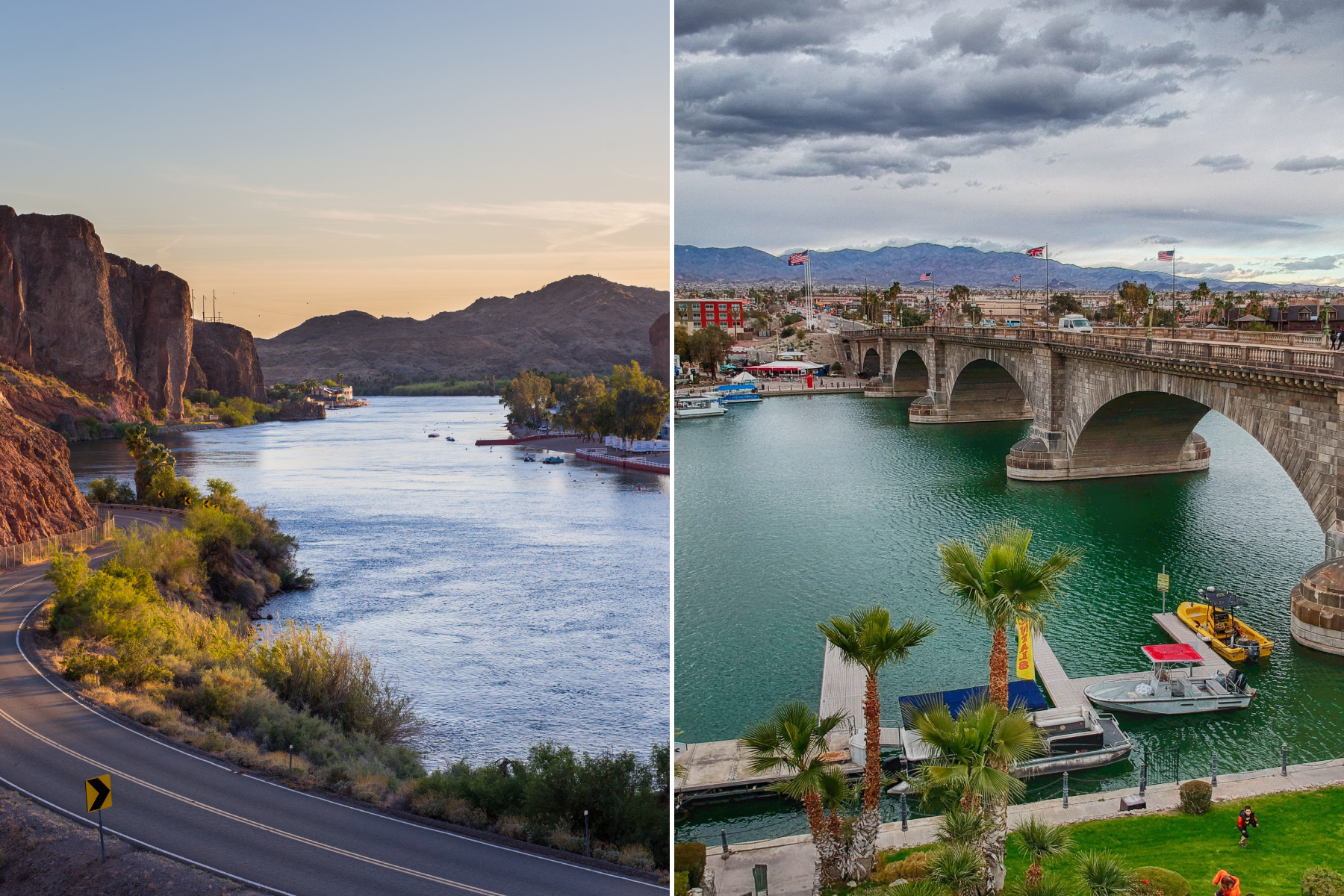 The question: At a time when good news about the river is rare, and when drought contingency measures are being enacted, what are the odds that the fate of Mead and Powell will soon affect Havasu and Parker? The local economy relies on recreation: thousands of summer and winter visitors come to the river for vacations, fun and sun, and the area is legendary for its boating and water sports. Not to mention property: the river homes along the Parker Strip are valued for their direct river access, with boat docks and even – at Moovalya Keys – their own canals.

To attempt an answer, let’s start with this fact: recreation and boating are not the primary purposes of these bodies of water.

The primary purpose of Lake Havasu is as a reservoir, used to store water which is pumped to millions of homes in California and Arizona. The Metropolitan Water District of Southern California (MET) supplies Colorado River water to Los Angeles, San Diego, San Bernardino, Orange, Riverside and Ventura counties. The Central Arizona Project (CAP) supplies water to Maricopa, Pinal and Pima counties. This is the primary purpose of Lake Havasu, created by Parker Dam: it supplies 24 million people in 9 counties with water.

The primary purpose of Lake Moovalya, the body of water that people call the Parker Strip, is to create diversion canals which allow water to flow onto the Colorado River Indian Tribes reservation for farming. Around 80,000 acres of the CRIT valley is used for farming today, which was part of the original plan for the reservation since its creation in 1865 – long before anyone was waterskiing. This is the primary purpose of Lake Moovalya, created by Headgate Rock Dam: it supplies 80,000 acres of tribal farmland with water. 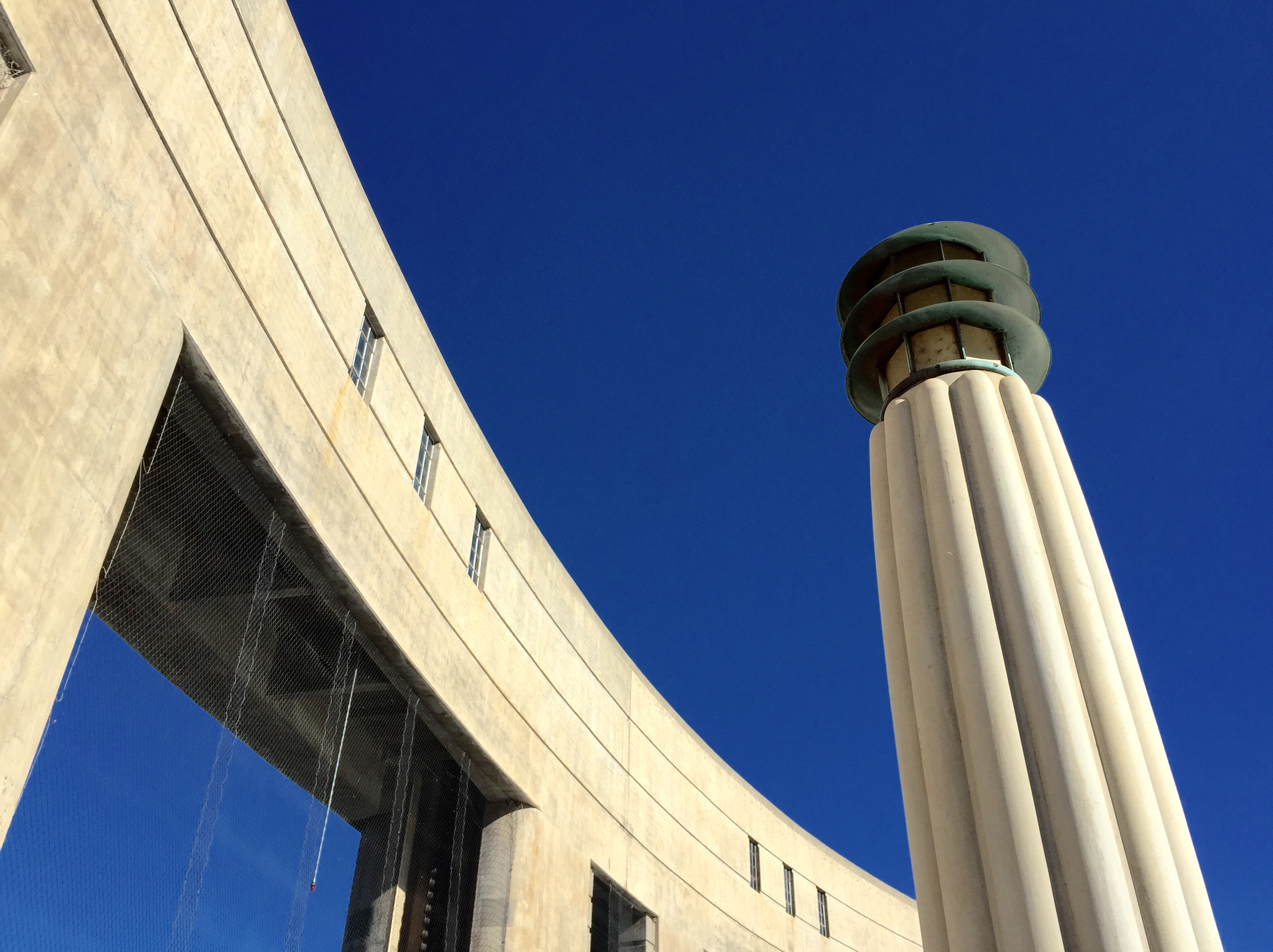 Both these bodies of water are kept at their current elevations by controlling the flow through the two dams. Lake Havasu is kept between 445 and 449 feet above mean sea level by the Bureau of Reclamation and Lake Moovalya is usually kept at around 364.4 feet by the Bureau of Indian Affairs. This is maintained in order to supply water in the way the systems are designed.

Recreation and boating are a happy secondary use of the Colorado River, and of course have their own reasons to support them, the local economy being the biggest. But we’re effectively wakeboarding on a working reservoir, one that would look very different – narrower, more seasonal, exposed land, not conducive to things like the London Bridge, Bridgewater Channel and Moovalya Keys – if it weren’t for that primary use.

Okay, now that we’ve established the main facts, let’s consider how likely it would be that the enforcement of some future drought contingency measures would include significant drops in the water levels in Parker and Havasu. I think we must consider the two of them separately. 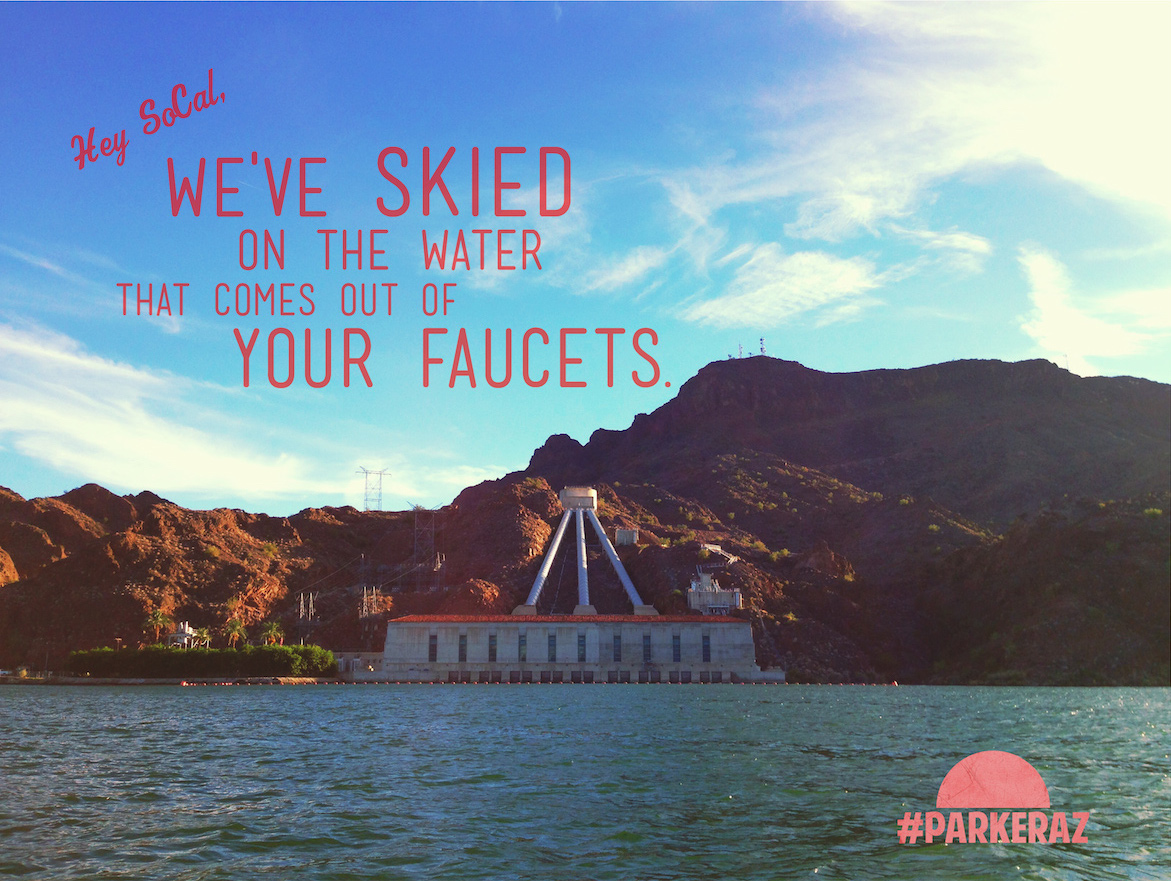 Lake Havasu’s two pumping plants – MET’s Whitsett Pumping Plant on the California side and CAP’s Mark Wilmer Pumping Plant on the Arizona side – require a ‘stable surface’ from which to draw water to the aqueducts, which move it hundreds of miles to the east and west. A drop in water level would affect these vital operations – it’s hard to imagine anything more vital than access to water – so Lake Havasu is called a ‘balancing reservoir’, held at its current elevation deliberately. Lakes Mead and Powell, on the contrary, are not considered balancing reservoirs; they fluctuate with the amount of water collected further upstream (which as we know has been very low lately). All of this is done on purpose.

The needs of Lake Moovalya are lower than Lake Havasu in terms of total people served and total water used. But CRIT holds the highest-priority rights to Colorado River water of any water user, including the states around it. The tribe as an entity holds the senior rights to 719,000 acre-feet of water, almost two and a half times more than the state of Nevada. And the way the law works, just about every other entity will have its allocation cut before CRIT. A drop in the level of the Parker Strip would affect the operation of 240 miles of irrigation canals across the CRIT reservation. 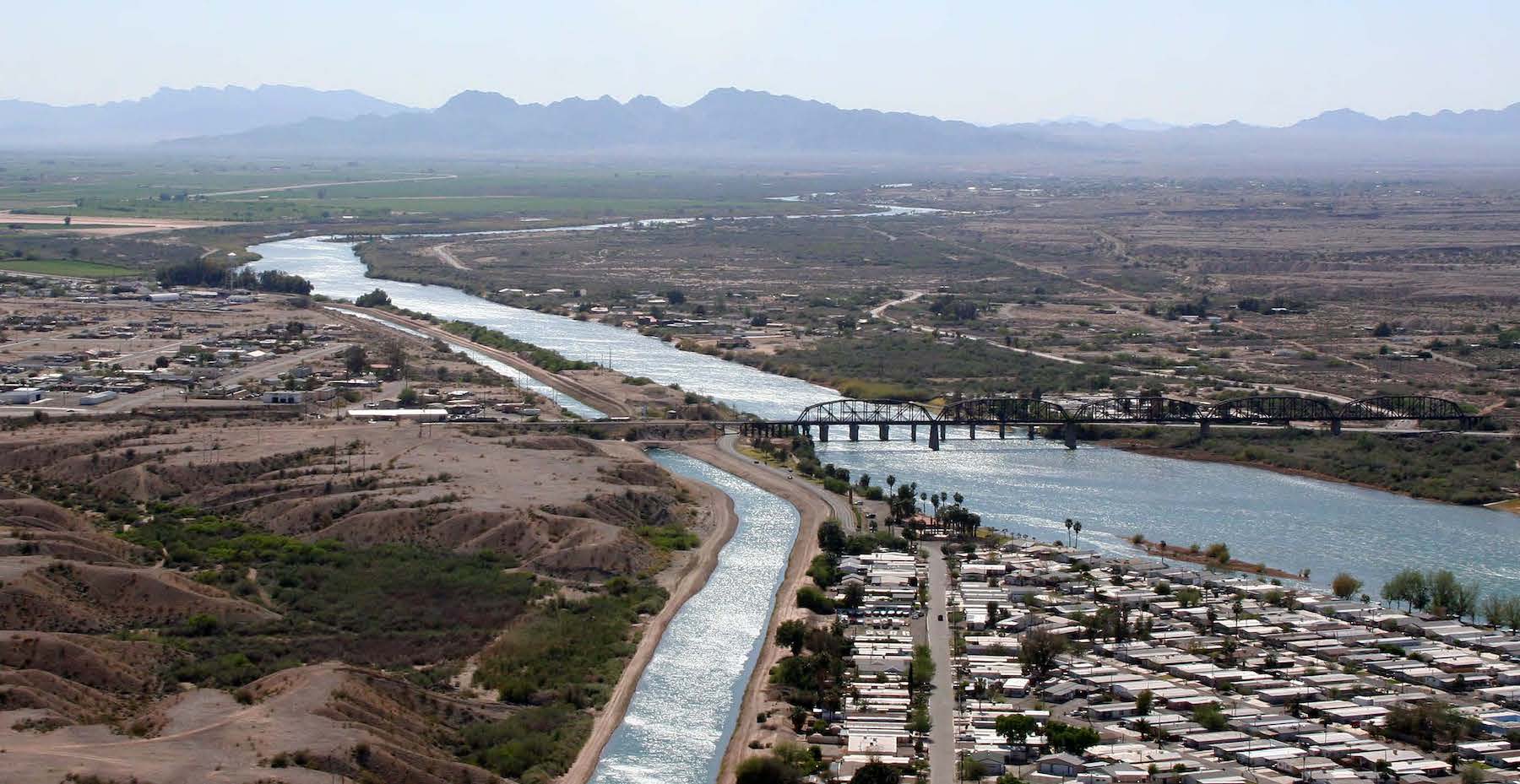 I think you can see the problems, then, with the notion of dropping the water levels on Havasu or the Parker Strip. The water supply to 24 million people depends on Havasu on the one hand, and the senior water rights of a federally established Native American tribe depend on Moovalya on the other.

Now don’t get me wrong here. None of this is to say that if things get bad enough in the coming decades, things couldn’t change. The water crisis is real, and there are going to be tough decisions to make. But with regard to Lake Havasu especially, it’s hard to imagine how dropping the water level wouldn’t just make things worse. After all, the challenge is still the same: How do millions of people get their water?

In addition, while these bodies of water didn’t start with recreation in mind, an entire local economy has emerged around it – arguably Lake Havasu City wouldn’t exist without it – and the livelihood of thousands of people connected to that economy would now weigh heavily on top of everything else. 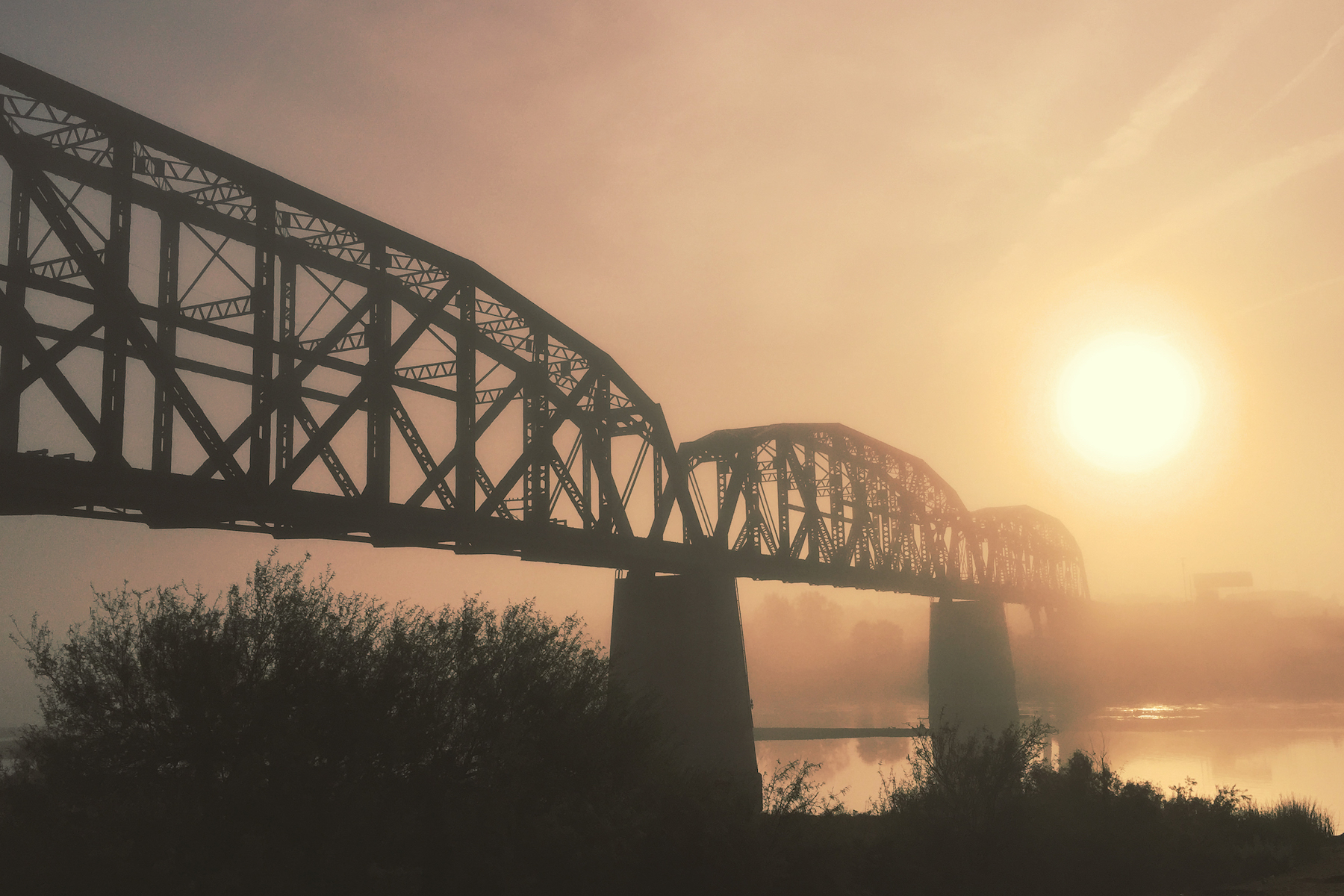 With regard to Parker, CRIT’s recent moves relating to its water rights are both interesting and admirable. The tribe is choosing to fallow around 11,000 acres of farmland, leaving more water in Lake Mead. Even more significantly, their Water Resiliency Act recently passed the U.S. House of Representatives. If passed by the Senate and signed by the President, the bill will allow CRIT to lease some of its water to other entities that need it. This is good news all around, as it helps address the shortage issues and also provides CRIT a way to be compensated, even if they don’t use most of their water right themselves.

I suppose it’s possible that someday, there may be a Colorado River Indian Tribes that doesn’t want to have any agriculture on the reservation at all, and therefore no need for those 240 miles of canals or the water level that feeds them. But that doesn’t seem to be in the cards for the foreseeable future. Indigenous people were the first to farm in the southwest and the first to build irrigation canals in Arizona, and agriculture was one of the purposes of the CRIT reservation from the start, something the tribe still takes pride in (and makes revenue from).

The bigger problem is easier to understand: the southwest is still growing in population, increasing the need for water, while simultaneously the Colorado River trends toward less supply over time. So it’s unsustainable in its current form. Water conservation and higher water prices for homeowners, resorts and golf courses, cities and counties may be part of the picture in the future. And then there are much more elaborate solutions being proposed, like thousand-mile pipelines, mass desalination on the coasts and even cloud seeding.

In the meantime, my thoughts are that the Parker Strip and Lake Havasu are not yet under any direct threat, for the reasons cited above. A lot would have to happen in the coming years and decades – and a lot of other measures attempted beforehand – to create any appetite for lowering either of these bodies of water. Anything and everything can happen, of course, and we have major issues ahead that we can’t be naive about, but let’s just say the bar is high for making our river low.