Vanessa Keating has been on a one-woman trek along the Colorado River since the beginning of August. She’s now passing through the Parker area and on the final stretch of her trip, which she has been documenting online to help raise awareness about the water crisis facing the southwest. 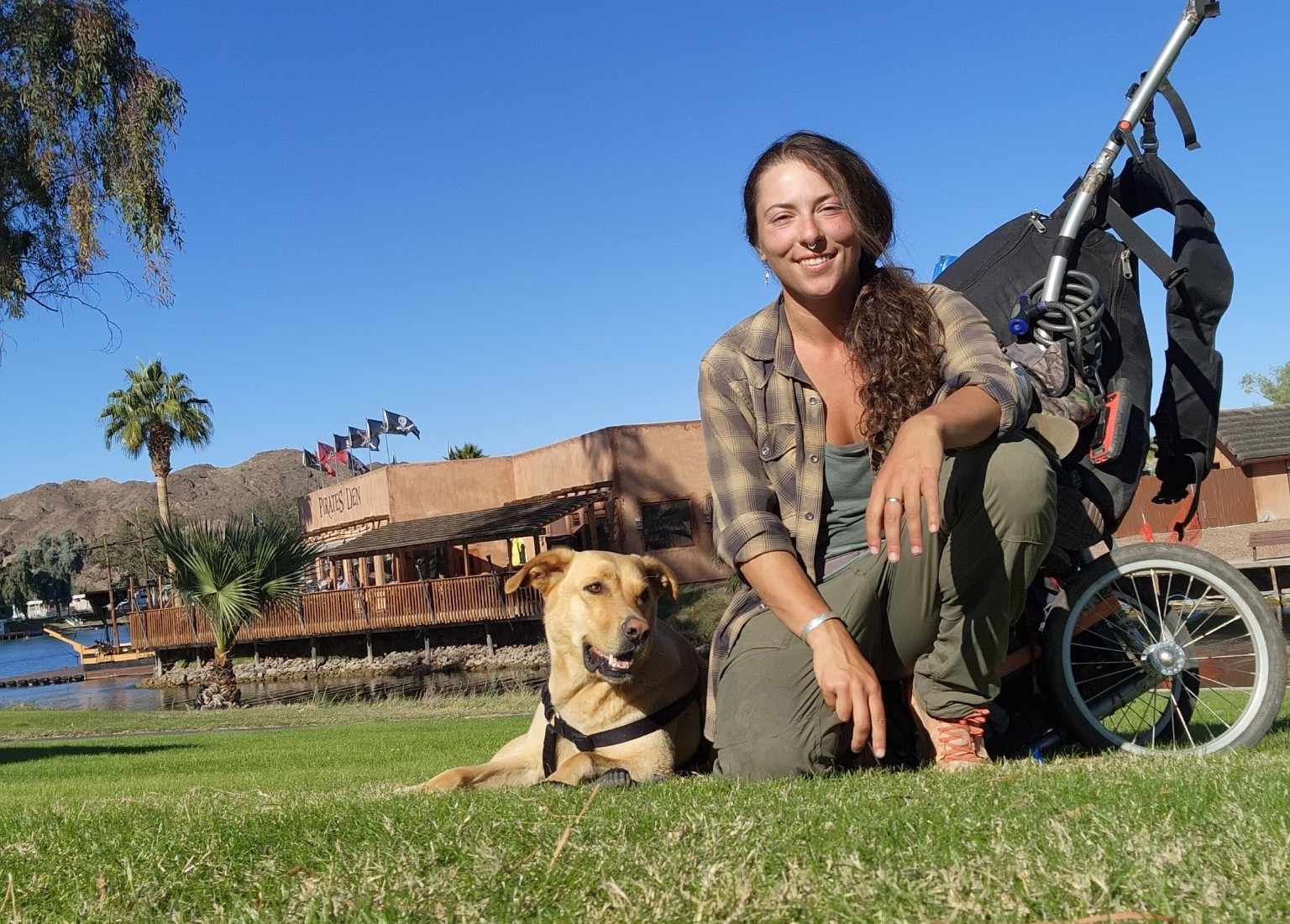 Vanessa on the Parker Strip

“I fell in love with the Colorado River, and I wondered if anyone had ever walked the length of it before,” Vanessa told Parker Live. “I’ve always been an outdoorsy person, but I stretched my wings when I moved to Colorado from the east coast eight years ago, and this idea started back then.”

Vanessa’s journey has taken her from Rocky Mountain National Park in Colorado and will end at the Sea of Cortez in Mexico. It is a total of 1600 miles, walked in around 4 months.

“I had to learn outdoors survival on my own, and had to train myself for the hike,” she said. “People have been following me on social media, been tagging along, and I’ve been interviewed for The Weather Channel and picked up by the Salt Lake City Tribune. It’s been interesting and challenging, and I’ve been getting the story of the water crisis from all sides.”

Vanessa is on Instagram, and her TikTok profile has ticked up to 107,000 followers. She often posts videos and photos of her journey, and of her dog Bryce, who is accompanying her on the trek.

“I started on August 6th and I was averaging 15 miles a day, but it’s more like 20 miles a day recently. My finish date is December 16th in Yuma. And I mean, it’s completely different than how I thought it would be. I thought the physical part would be the hardest, but it’s really the mental part. Every single day is exactly the same, break down camp, start to walk, but it’s hard to keep the momentum at times. Like during the Utah section and the city portions, it’s easy for it to get really lonely.”

In a recent Instagram post, Vanessa said she was focusing more and more on the finish line, forcing herself to make the miles each day so that she doesn’t lose momentum. She told Parker Live she has learned a lot about herself since the hike began.

“I look back at the person I was when I started, and I was terrified,” she said. “It feels like ten lifetimes ago. I’m a much more confident person now, I think.”

With regard to the water crisis, Vanessa thinks that it’s important for ordinary people to be talking about it.

“I think having the conversation is the best way to get the ball rolling on how to change this. The river is totally overstressed and it can’t keep going this way. People aren’t aware of the implications. This basin provides 90 percent of winter crop for the entire country. So this isn’t even just a western problem, everybody in the nation needs to know about this.”

And so she treks on, encountering some people along the way, telling them what she’s doing, and posting updates as she goes.

“I’m most of the way there, so there’s no excuse now!”

Vanessa hopes some people will join her for the last 60 miles of the trip, from Yuma to the Sea of Cortez, with a celebration event at the end in Yuma.