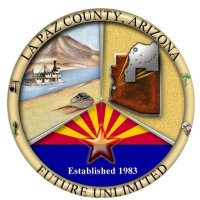 The La Paz County Board of Supervisors unanimously approved a settlement offer of $9.2 million to Yakima Compost Company at their Special Meeting held on May 24, 2011. This offer is being made to settle all current and future claims and judgments by Yakima against the County. The offer is subject to certain contingencies, the most important of which is that the County obtain judgment bond financing as authorized by Arizona Senate Bill 1178 on or before December 31, 2011. The County is also asking that Yakima assist with transfer to the County of all licenses and permits with the Arizona Department of Environmental Quality pertaining to Yakima’s former bio-solids facility at the La Paz County Regional Landfill. The settlement proposal is also contingent on Yakima not pursuing other collection efforts against the County.

Today, attorneys for the County conveyed the settlement offer to Yakima. Yakima has been given 15 days to accept the offer.

Senate Bill 1178 allows the County to issue judgment bonds, pledging a new excise tax devoted solely to resolving an extraordinary judgment, which will be equitably shared by not only residents but those who visit La Paz County. This sales tax can only be implemented upon unanimous vote by the Board of Supervisors.

A brief history on the Yakima Judgment: On September 4, 2007, a La Paz County Superior Court jury found in favor of Yakima, awarding $9.2 million. A judgment was entered which includes an award of attorney’s fees. The judgment accrues interest at a rate of approximately $1 million annually.

The County exhausted all remedies trying to appeal the judgment. The Arizona Court of Appeals upheld the judgment and the Arizona Supreme Court declined to consider the case.

In early November 2009, the County paid $500,000 on the judgment as part of a “good-faith” effort to reach an anticipated settlement of the lawsuit. Meetings were held between Yakima representatives and the County, but no agreement was reached.

In January and early February of this year, writs of garnishment were filed by Yakima essentially impounding all funds available to the County, schools and other special districts for payroll, expenditures and general operations. On February 3, 2011, Judge Weiss quashed the writs of garnishment, ruling they were against public policy.

On February 24, 2011, the County offered a settlement amount of $3 million with payment to be made within 90 days of executing a settlement agreement. This offer was found “not acceptable” to Yakima and Yakima’s attorneys countered on March 1, 2011, with two options:  1) Pay Yakima $4 million and convey the La Paz County landfill; or 2) pay $4 million and Yakima would carry the remainder of the judgment including interest.

Chairman Drum stated prior to making his settlement motion on May 24th that, “This matter has been in controversy since 2003 and has overshadowed every operation in the County. Large sums have been expended on both sides to litigate this matter and both sides have suffered. Worse yet is that the community has also been injured.”

He further stated that this matter needs to be put to rest and that the property owners should not shoulder the entire burden of paying the Yakima judgment through real property taxes. He felt the sales tax method (Senate Bill 1178) of “putting Yakima behind us has the least intrusive impact of any other alternatives”.

Supervisor Pierce stated, “The last two and a half years has been very stressful due to the lawsuit and the failing economy. I want our citizens to know we have considered the impacts to our citizens and to our employees. Hard decisions have been made and, hopefully, with this $9.2 million offer, it will be accepted and we can move on to other important issues that face the County”.

Supervisor Irwin indicated, “Yakima has been a priority with this Board since inheriting it in 2009. It has been very challenging and has unfairly stigmatized and damaged our community long enough. Having the ability to settle the judgment by way of SB 1178 (sales tax) and bonding; can hopefully put this matter behind us and we can move forward.”