UPDATE July 2016: China Garden has reopened and it’s better than ever. 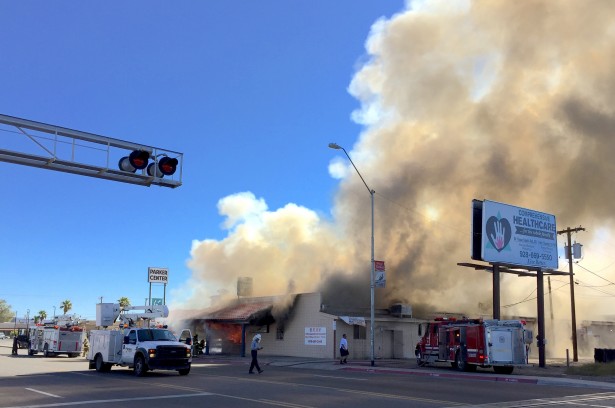 China Garden, a popular Chinese restaurant in Parker, AZ, went up in flames sometime after 10am Thursday.

An employee said he smelled smoke in the kitchen and everybody got out before it was consumed in flames. Agencies responded quickly as employees gathered at the side of the road, some sobbing. The restaurant is next to the busiest intersection in the town of Parker and was a well-loved gathering place for visitors and locals.

Riverside Drive was closed by police for almost two hours at time of writing as multiple fire departments put out the flames. 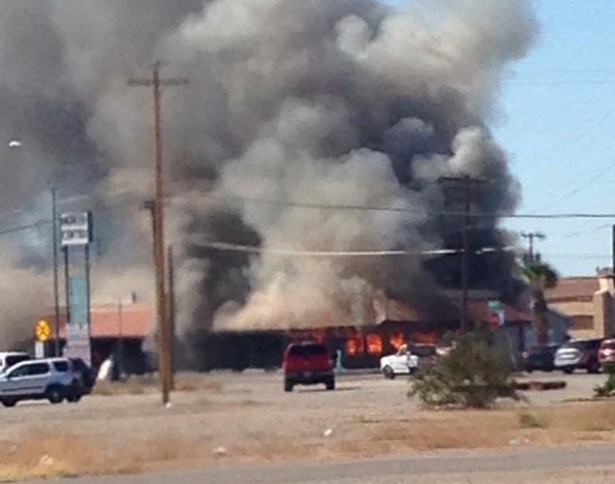 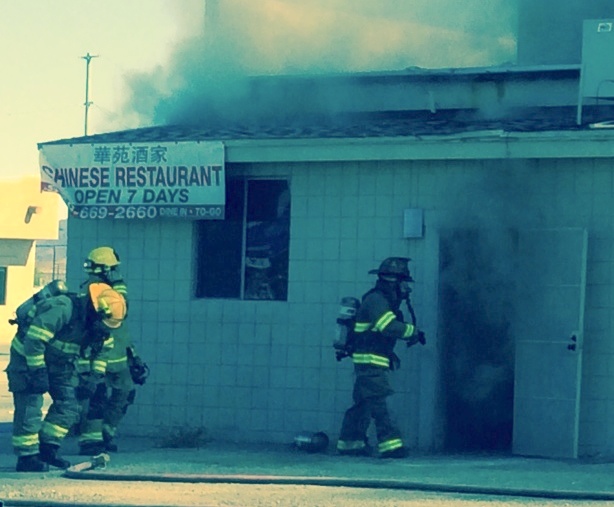 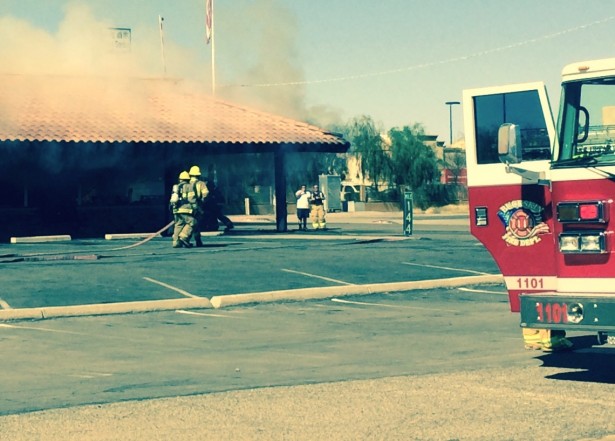 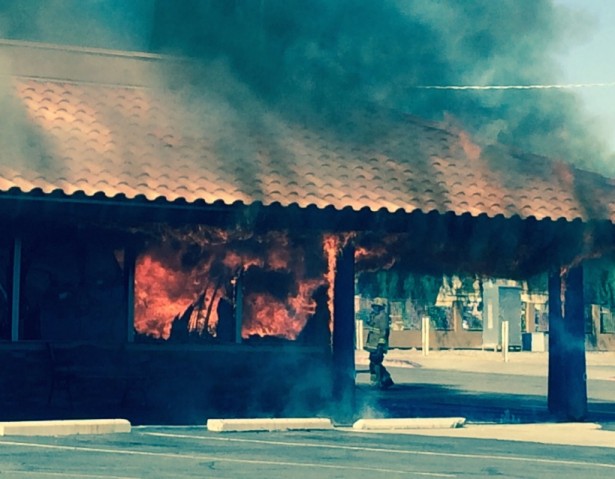 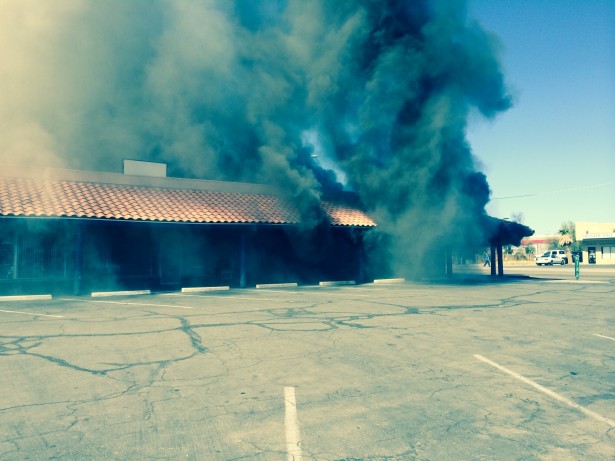 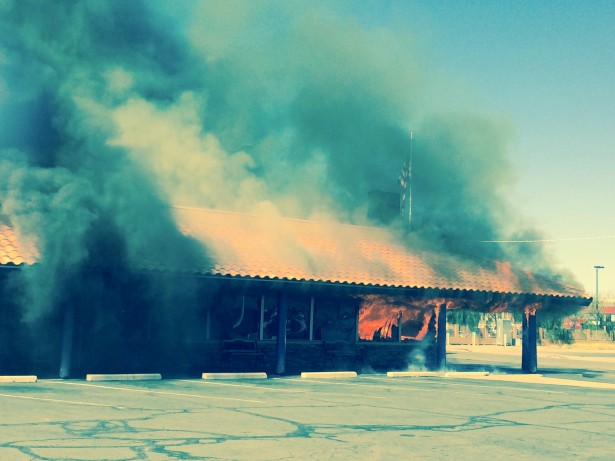