Parker prosecutor to be honored in D.C. 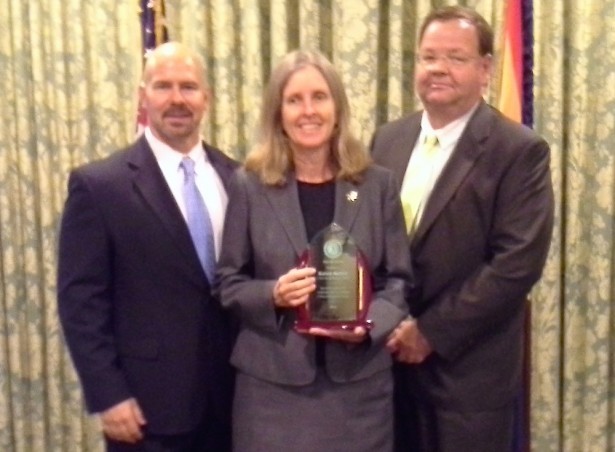 A Parker-based prosecutor serving La Paz County Attorney’s Office is to be honored in Washington D.C. as Prosecutor of the Year by the federal Office of National Drug Control Policy.

Karen Hobbs was recognized during the Arizona HIDTA Award Ceremony in Flagstaff recently for her efforts to protect drug-endangered children here in La Paz County. Now, she has been selected as Prosecutor of the Year, which will be presented at an awards ceremony in Washington D.C. on February 5th, 2015.

Karen has also established herself as a proactive prosecutor of drug crimes on behalf of affected children, including unprecedented use of laws like the ‘Custodial Dependency’ statute for a DEC case, which had not been done before. According to her nomination for this national award, the case involved a nine year old boy who had parents involved in selling methamphetamine. “When the grandfather and nine-year old boy came to her office to prepare a victim impact statement, the grandfather told her the boy never stops smiling now; when he lived with his parents, he was very quiet and withdrawn.”

In addition, Karen has established her own award, the La Paz County Attorney Office DEC Award, to recognize efforts in these cases, and made recommendations statewide to her prosecutors’ advisory council regarding legislative changes.

“Arizona is fortunate to have a fierce advocate such as Ms. Hobbs working on behalf of Arizona’s drug endangered children,” her nomination reads.