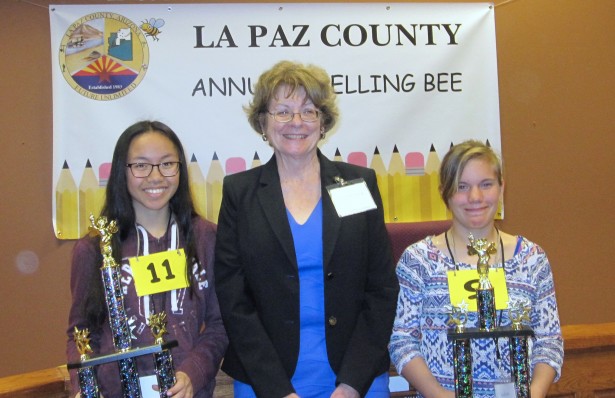 Adianne Alamban, an eighth grade student at Wallace Jr. High School, is the 2016 La Paz County Spelling Bee Champion. Close competitor, Kaitlyn McKean, an eighth grade student at Salome Elementary School, was the runner-up. Both received trophies for their accomplishments. Adianne also received the traveling La Paz County Spelling Bee Trophy which will be displayed at Wallace Jr. High School until next year’s contest. Additionally, Adianne’s name will be permanently added to the perpetual plaque that is on display at the office of the County School Superintendent.

Adrianne will represent La Paz County at the state competition to be held March 19th, 2016 at Eight/Arizona PBS in Phoenix, AZ. 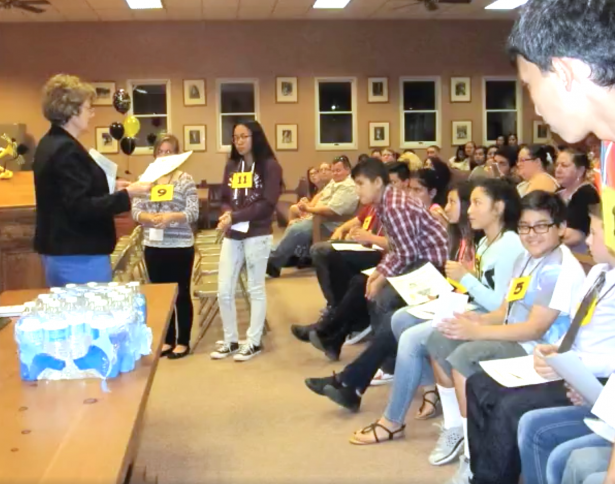 The county contest was well attended with family and friends of the participants. Judges for the event were Amelia Flores, PUSD Governing Board Member; Leah Castro, County Treasurer; and Ana Camacho, County Community Development Member. Rich Tozer, Arizona Western College Adjunct Faculty, was the Pronouncer. Jacque Price, the La Paz County School Superintendent, expressed her appreciation for their time and capable service. She also recognized Shelly Rohde, Chief Deputy for the County Education Service Agency, for assisting with the event and all the site coordinators who held the individual school competitions. Thanks were also given to La Paz County Board of Supervisor’s for providing the facilities and certificates.

Each participant received a congratulatory certificate from the Board of Supervisors and a Wal-Mart gift card.

More photos can be found at lapazschools.org.