OP-ED: A pandemic isn’t the time for a Parker vacation

Friends, you don’t need me to tell you that we’re having an unprecedented moment in our world. Nobody alive today has seen anything like the crisis we are experiencing across the globe. You know the old saying, ‘Follow the money’? The reaction of every market on earth to the coronavirus pandemic tells us a lot about how serious it is; when rich capitalists start saying we need to make economic sacrifices, you know things just got real. 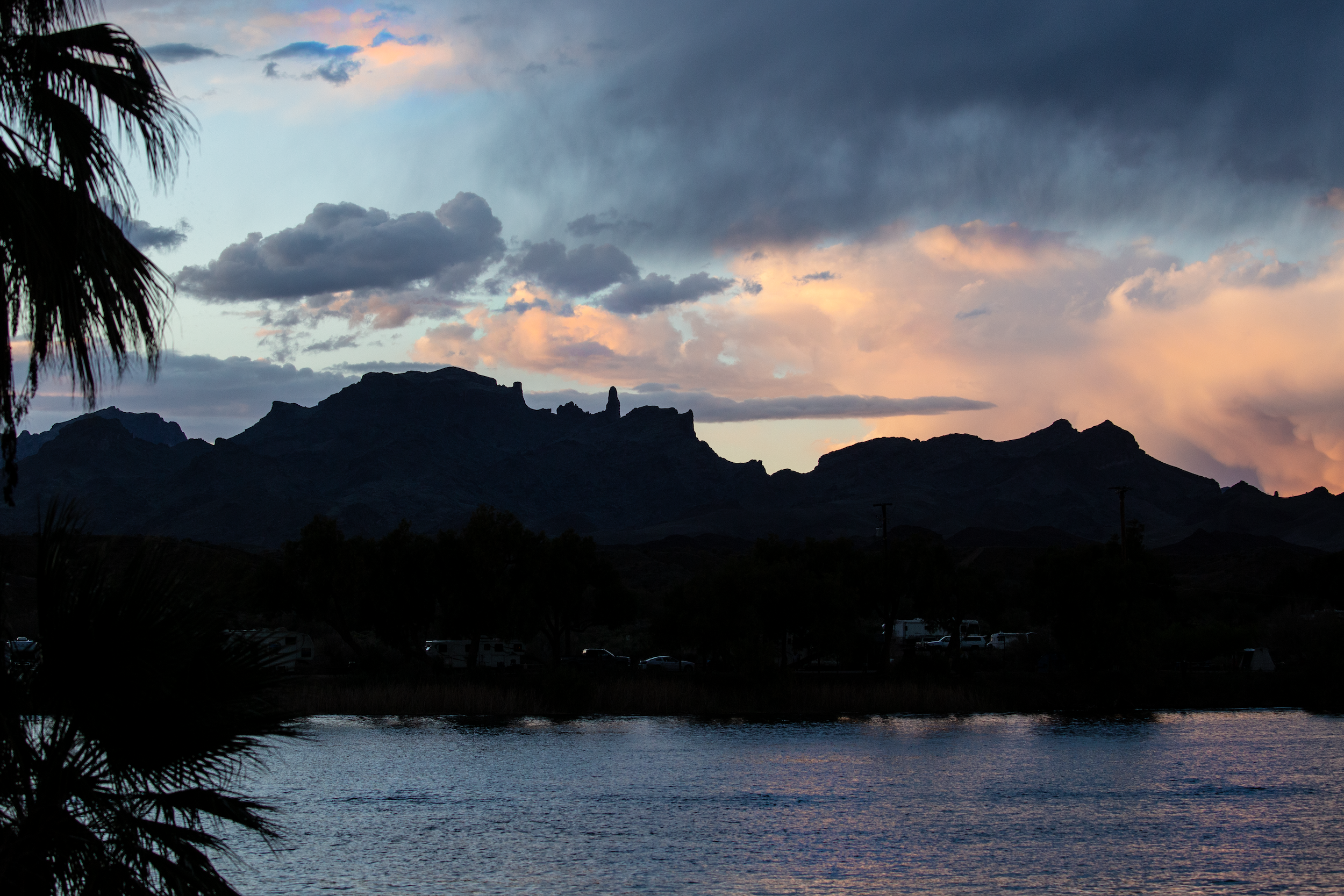 But you wouldn’t know it to look at much of the Parker area this past week. Snowbirds are streaming in and out of stores by the hundreds, people are still getting together for parties, California weekenders are flocking to the Parker area to turn their shelter-at-home order into a river vacation.

Here’s the problem: COVID-19 is at least 6 times more deadly than the flu, and much more transmissible, which means that lots more Americans are going to need medical attention in the coming days and weeks than can possibly get it. People will die. And the single, solitary lever we can pull to save hundreds of thousands of American lives is a period of social distancing. There is no other available.

The cold hard truth is that La Paz County does not have the resources to handle an influx of sick people. One of the reasons Italy is in such trouble is because of the average age of its citizens. Older people fare worse than younger people, and are more likely to need those ventilators and limited hospital beds. La Paz County has one of the 3 oldest populations in the entire nation, according to the Census. (The median age in Italy is 45.5, the median age in La Paz County is 53.9!)

Maybe it’s bravado. Maybe it’s skepticism. Maybe vacations are more fun than social distancing. Maybe we have a built-in cognitive bias that makes us blind to things that haven’t affected us personally. Maybe until people get seriously sick themselves, or start seeing their friends or family members getting sick, they’re not blinking.

People also have some really wrongheaded ideas. Like this one: that because there are zero confirmed cases in La Paz County to date, that means there isn’t much to worry about. Let’s just state it clearly: (1) The fact that no cases have been confirmed does not mean that there are no cases; (2) Any of the people you came in contact with in the last week could have it and be passing it on without knowing it; (3) The more travel there is from one city to another, the more likely it is to spread; (4) All it takes is a single infected person to cause a whole outbreak; (5) La Paz County hasn’t been testing much until more recently, so we just don’t know (6) Cases are increasing at an exponential rate. 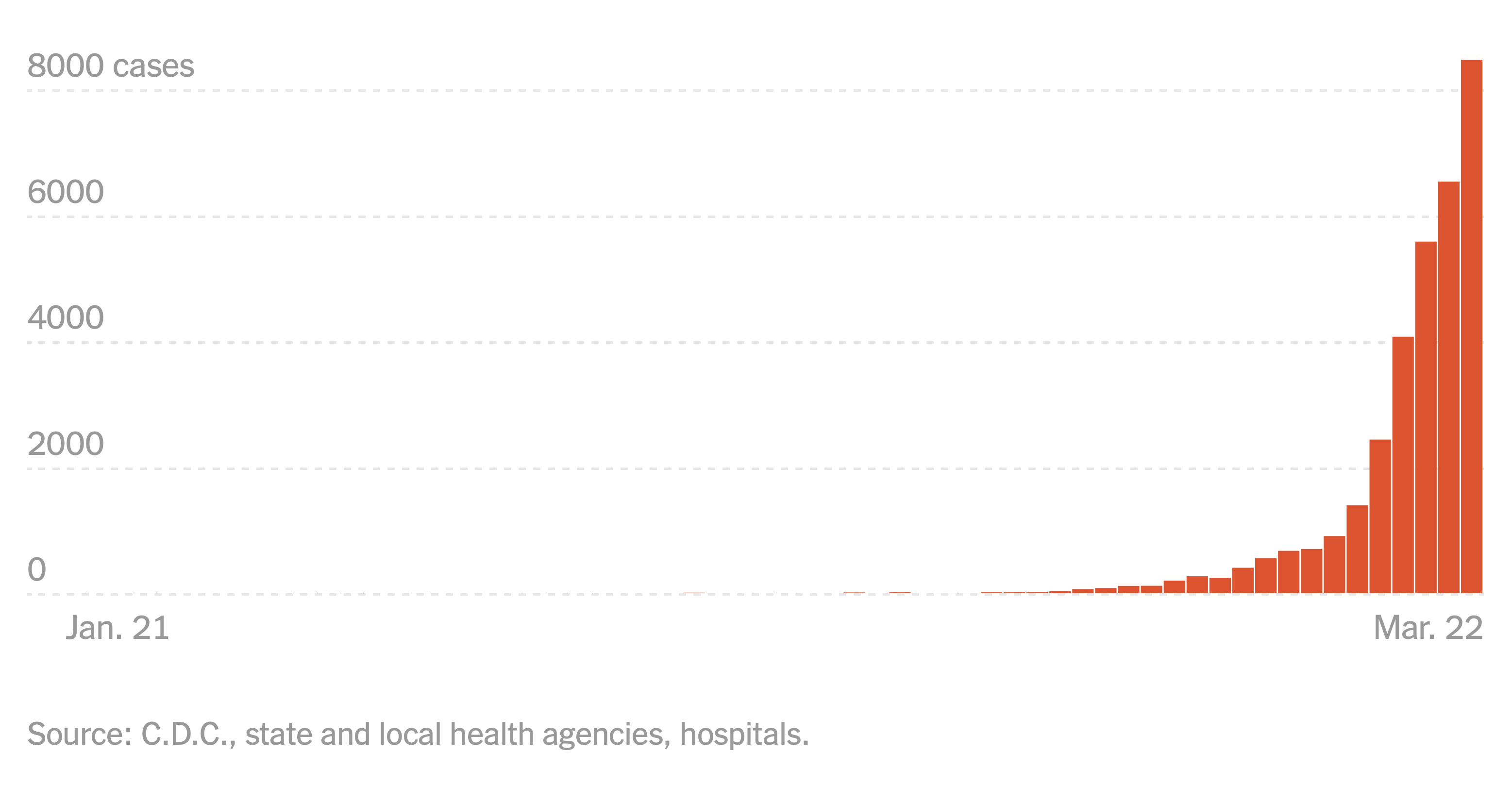 With all that said, let’s talk about some good stuff.

There are still zero confirmed cases in the County as mentioned. This won’t last long. But Dr. Parker, Dr. Shillito, La Paz Regional Hospital and Indian Health Service in Parker are all testing now. Testing provides a foundation for managing.

A shipment of gloves, gowns and masks from the Strategic National Stockpile has arrived in La Paz County and is being distributed to first responders and agencies (see below for an important caveat on this).

Restaurants and bars and other establishments have been starting to play their part. BlueWater Resort & Casino is closed to the public for now. El Sarape is doing take-out orders only. Sundance Saloon has a hand sanitizer machine outside with multiple pumps. Roadrunner is using only disposable eating and drinking materials and not refilling drinks in used cups. Some places are limiting the number of people they allow in at once, so people can stay an appropriate distance from others. Pickup and delivery are becoming a primary way to get favorite food from establishments (and you should support them if you can by doing that as much as possible).

It’s a tough time. Economically, things will be hard, especially for the small businesses that make up the local economy. But let’s just be honest: Even with the above measures in place, the Parker area is at a risk level that is worth being serious about. The resources we have in Parker (including the supplies from the Strategic Stockpile) are based on the number of permanent residents in Parker, which is far, far smaller than the numbers of people who are actually in the area right now. And they’re already being rationed strictly, because nationally, there aren’t enough.

Don’t feel bad if you had to undergo an evolution in your thinking on this. Nobody was ready for what’s happening and most people have changed their minds over the last couple of weeks as they have become fully informed about what’s going on. The world seems to change around us every 24 hours.

What should you do now? Here’s my own opinion (take it or leave it):

You know what’s weird about this crisis? If every person on earth, right now, decided to freeze in place for just 14 days – to press the pause button for just 2 weeks at home – the virus would die off completely and life would be back to normal. It is being kept alive by all the travel and indifference of the kind you’re seeing in Parker this last week.

Parker’s greatest strength is its greatest weakness right now. All the qualities that draw people together into social fun at the river are a liability in a pandemic. But with some adaptation for a while, and some patience, we’ll get back to the good times.