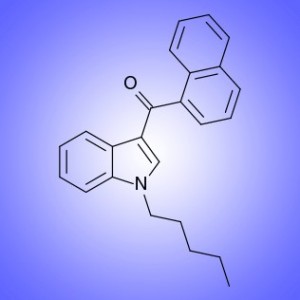 On Tuesday, March 29th at approximately 11:30pm, La Paz County Sheriff’s Deputy Jeff Heanes stopped a van near the Ehrenberg County line on I-10 after he observed the van being operated in an erratic manner.

A subsequent search of the van revealed it to contain a large quantity of ‘Spice’ (or ‘K2’) and several articles of possible drug paraphernalia. Deputy Heanes contacted La Paz Narcotics Task Force to assume the investigation.

The van was found to be carrying a total of 11.66 pounds of ‘Spice’ with an approximate value of $35,000. The driver of the van, Samih A Abu-Ghuwaleh, 49 years old from Moriarty, NM, was arrested and charged with several felony counts for transporting dangerous drugs.

Ten chemicals found in Spice were outlawed by the State of Arizona in mid-February (they are listed in the statute in blue text here) and categorized as ‘dangerous drugs’. A problem with the ban is that manufacturers of the substances, marketed as ‘incense’, routinely change the composition of the chemicals in the products to get around the laws created against them. Although several newer Spice products claim to be composed of other chemicals not covered by the law, none of these products list the chemicals used, so citizens cannot tell whether the ‘Spice’ they possess is legal or illegal until it is analyzed.

The new law went into effect immediately and there is no ‘grace period’ for prosecution. The Sheriff’s Department has asserted that they intend to prosecute anyone found in possession of Spice.

Any questions should be directed to your local law enforcement agency for guidance.