Not so fast, Parker Live: Quartzsite mayor not seated in election 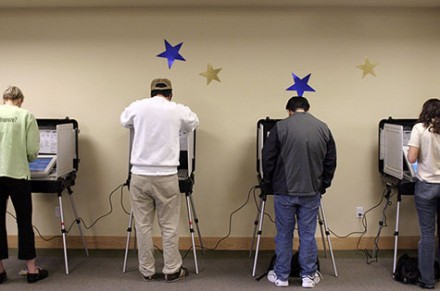 Earlier this week we reported, on the basis of tentative election results from the town of Quartzsite, that former mayor Ed Foster had been re-elected. In fact, he may be, but we won’t know until May.

As La Paz County Recorder Shelly Baker explains, “The mayor race in Quartzsite will now go to a run-off election between Ed Foster and Jerry Lukkasson on May 15th. A candidate must get 329 votes to be seated as mayor, and, while Ed Foster got the most votes, he was 9 votes short of the number required to be seated now.”

The final unofficial results of this wee’s election, after all the ballots have been counted, say that Foster got 320 votes and Lukkasson got 250 votes. 61 votes went to a third candidate for mayor, Jenny Mills, and 11 write-in votes were recorded too. So it appears the race may be even tighter in May, with some of the possible votes for Mills or write-in candidates going to either Foster or Lukkasson.

Also interesting is the total number of write-in votes for John Prutch in the race for a council member. His name was added to the race too late to qualify to be printed on the ballot, so 230 people wrote in his name successfully by indicating that they wanted to write in a candidate and writing his name properly on the ballot. Mike Jewitt, also running for the seat, received 263 votes, so they will go into the run-off election too. In May, Prutch’s name will be on the ballot as an option against Jewitt, eliminating the disadvantage created by depending on voters writing his name on the ballot. So that race may be expected to be even tighter too.

Quartzsite voters also rejected a proposal that would have made the mayor’s position appointed rather than elected.