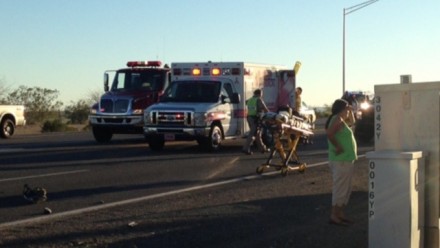 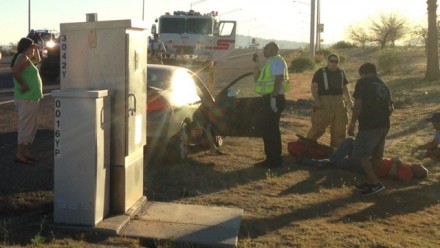 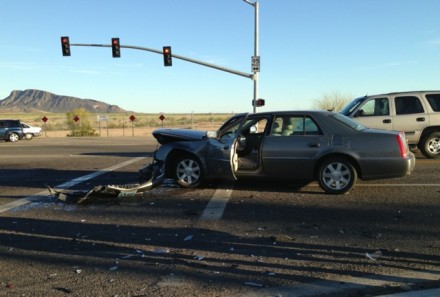 A two-vehicle accident at Highway 95 and Resort Drive occurred just before 6pm and sent three people to the hospital.

A Cadillac sedan with Wyoming plates collided with a Honda Accord. The lady who drove the Cadillac was taken from the car before medics arrived because of concerns about smoke. She had an injury to her arm and said her left leg hurt. A male passenger of the Accord lay on the ground beside the vehicle before emergency personnel took him away on a stretcher. The vehicle’s driver was helped out by a medical team.

The intersection has been the site of several accidents before. Observers suggested a contributing factor may have been the sun so low in the sky in the eyes of people driving west toward the town of Parker at the time of day.

At least 6 agencies responded quickly to the scene. No fatalities were reported.