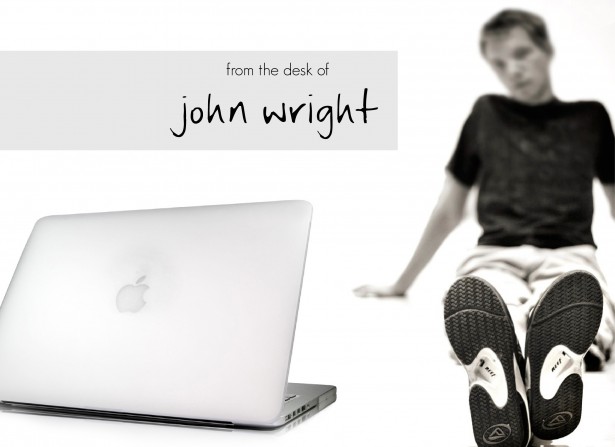 It’s going to get steamy today! The Arizona monsoon arrived in full force this past week, bringing much-needed rain, excitement and beauty, humid days and its share of damage too.

Before I tell you about our rainfall, let’s remember this is an El Niño year, which makes the season forecast wetter than it would usually be. During El Niño years, the Pacific storm track takes a southerly route over the southwestern United States. And the Parker area has just gotten a taste of that, coming after an extremely dry spring and early summer.

How dry? Well I’ve just reviewed the official National Weather Service stats for the weather station in Parker, AZ and – with the exception of one little trickle during the last week of April which I maintain does not count – Parker hasn’t had any rain this year.

Until yesterday. Via Michael Collins:

Flooded roads. Golf ball-sized hail. Trees ripped from the ground. Wild, neon streaks of fork lightning streaking across a black sky. And rain. Sheets and sheets and sheets of rain for several hours. In fact, the official record will show that Parker, AZ received almost an inch and a half of rain in just one night, 73 times more than the first half of 2014 combined! (That two-hundredths of an inch we got in April was barely a blip on the radar.) 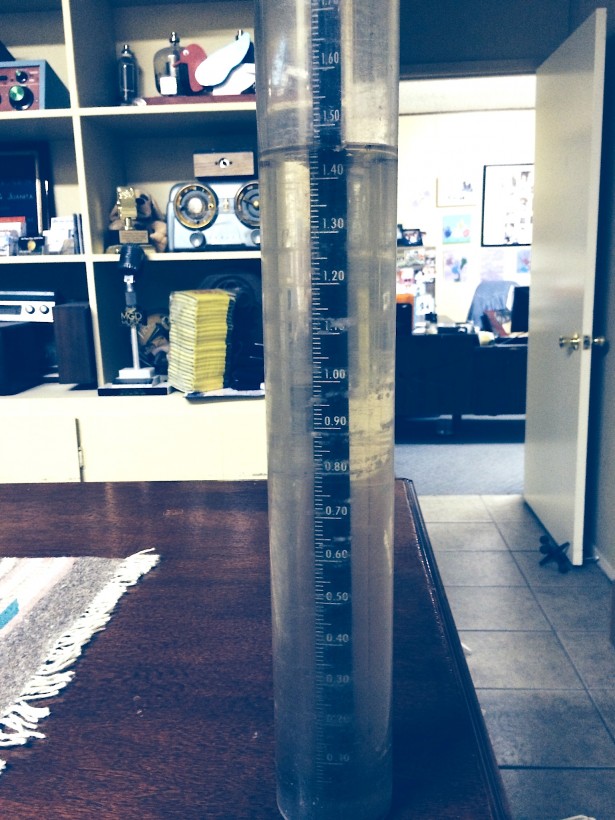 After the continuing drought and the driest (and windiest) spring many people can remember, last night’s dramatic storm was great news. Unfortunately some people were not so lucky. Things I noticed on the way to work in Parker: trees down, vendor booths destroyed, signs and billboards down, a piece of granite countertop broken, some flood damage. Power outages occurred sporadically across the region for many hours.

In addition, areas like La Paz Valley got hit hard. Check out these photos from the Facebook page of Quartzsite Fire & Rescue: 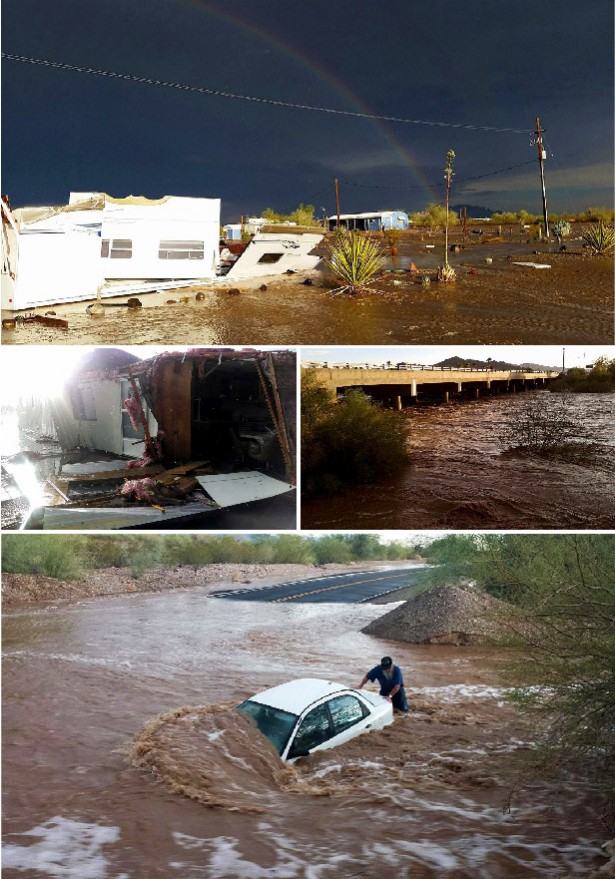 That last photo is a good reminder. Media types get all preachy about this stuff (because it’s heartbreaking to see it happen) but yeah, you can like, die and whatever, so please don’t try to drive through a running wash. Thankfully we haven’t heard reports of anyone being hurt in this storm, so people must have been largely adhering to the old adage to ‘turn around, don’t drown.’

Anyway, to summarize: we got virtually all our rainfall for 2014 in a few hours last night, for most of us it was beautiful, for a few of us it was a pain in the ass, and the El Niño-infused monsoon season continues on to the next storm. (The forecast is for a drier upcoming weekend, just so you know.)

Thanks for relying on Parker Live for your updates when these things happen. Send us your storm pics!