All elected positions in La Paz County are up for election next year, and many potential candidates are making decisions and forming plans already. 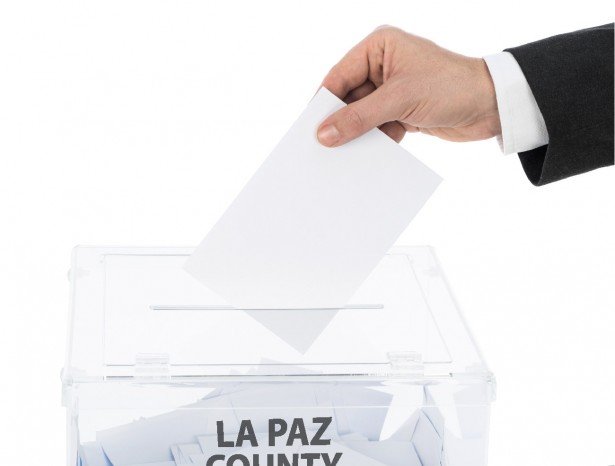 Three positions are available on the County Board of Supervisors, one from each district. County Attorney, Sheriff, Treasurer, School Superintendent, Recorder and Assessor are also on the ballot, with candidates from various parties and independents open to run in the primary and general elections.

What is the climate like for incumbents in those positions? Are the people generally happy with the job being done by today’s body of officials? Which offices are running fine and which are in need of a shake-up?

Parker Live knows of some candidates who have openly declared an intent to vie for positions in the 2016 election. How many others may add their names to the list? Which offices will not have an incumbent at all because the individuals currently occupying those offices don’t intend to seek re-election? Does it benefit candidates to run as a Republican or Democrat in the primary election next August? Or is it better to run as an independent or third party candidate and focus on the general election in November?

In the 2012 election, there were a total of 16 candidates for Board of Supervisors and 4 candidates for Sheriff. All three of the current Supervisors ran in the Republican primary for their districts and won that first, going on to beat Democrats and independents in the general election. The same was true for Sheriff. On the other hand, several independents performed well in 2012.

The first day a candidate can file a nomination petition to run is Monday, May 2nd, 2016, with time to pull the necessary paperwork a few months ahead of that. Momentum begins now, as national candidates in the presidential primaries know. The last day to file is Wednesday, June 1st, 2016.

“Candidates for office must circulate petitions and gather the required number of signatures to have their name placed on the primary ballot,” according to the La Paz County Elections web page. “The nominating petitions for county offices are submitted to the Elections Department and for State offices to the Secretary of State. La Paz County has 11 precincts and 9 polling places within the three Supervisorial Districts. The Board of Supervisors establishes the voting precincts.”

Parker Live will be taking a keen interest in the election this time next year. Are you planning to run? Who would you like to see join the candidate list for La Paz County offices in 2016? Let us know in the comments section below.