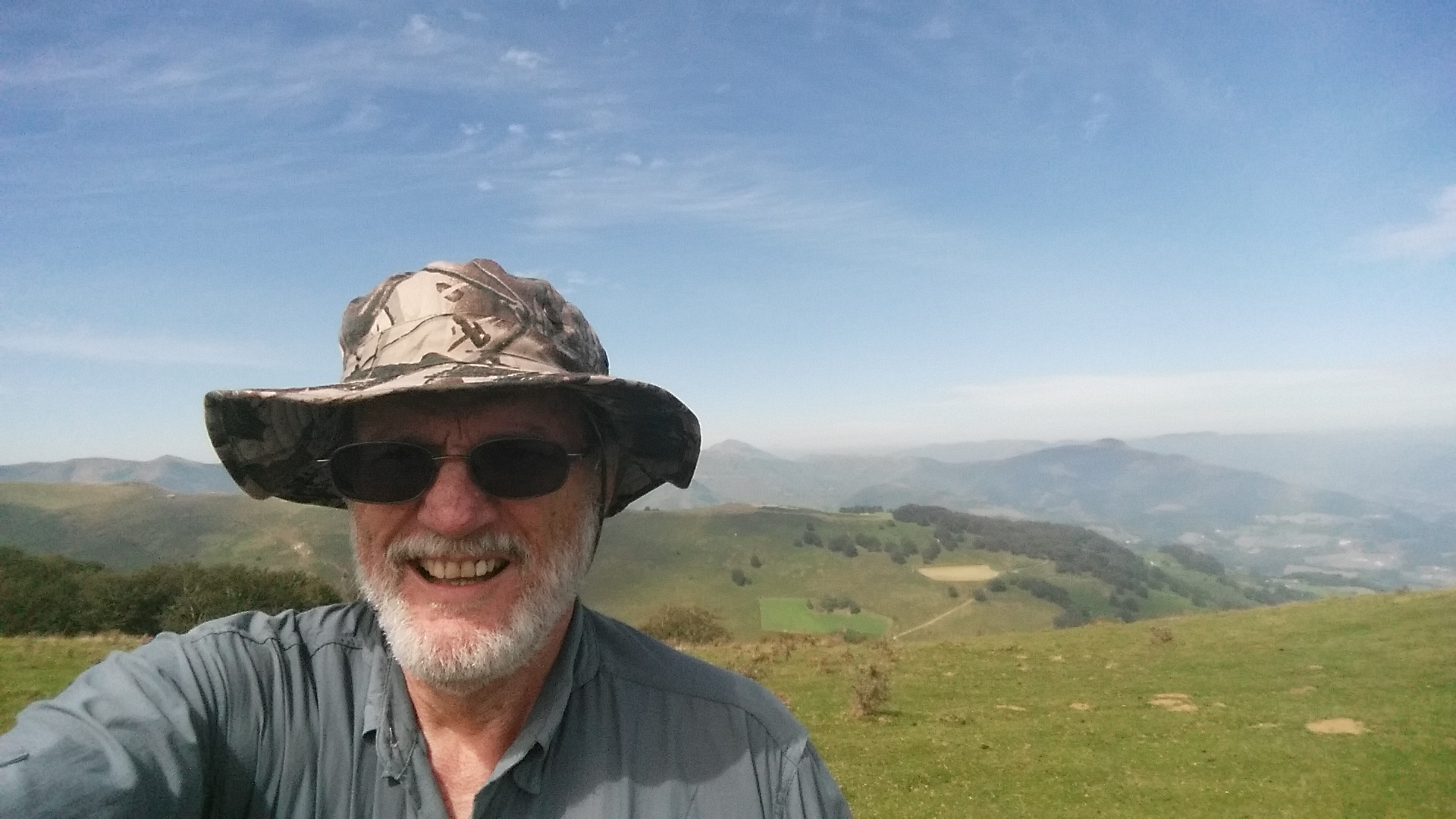 Believe it or not this month’s column is deliberately late. Its lateness has even been approved by the editor. How cool is that? I, the guy who hates being late and almost always early, am now officially late!

The reason it’s late is because I wanted to write about what I did on my Fall vacation. When I was a kid in school we used to have to report on our summer vacations (those little speeches were a thrill a minute as you might imagine!) so you could call this a bit of nostalgia on my part. Either that or a clever ruse to come up with a topic to write on. Either way here’s my officially late tale.

I flew to Spain at the end of August and spent two weeks walking. Literally. Once I got to where I was supposed to start that is. You see after over a year of research and preparation I walked the first part of the Camino De Santiago, the Camino Frances to be specific. In eleven days I made it to Burgos, 184 miles as the crow flies, but not being a crow I had to walk and did at least 200 miles. Not too bad I’d say.

The Camino (Spanish for “way”) is an ancient Christian pilgrimage that’s been used for over 1200 years. Before that there’s evidence that the same general route was used as a pilgrimage by other ancient people as well. The traditional route runs for about 500 miles from St. Jean Pied de Port in France, over the Pyrenees Mountains and all the way to Santiago de Compostela. From there you can continue another 90 miles to Finisterre (end of the earth) which the ancients believed was the farthest western point on the Iberian Peninsula (it’s not but that’s what the traditional belief was.).

The Camino has had its popular times and not so popular as well. Today it’s more popular than ever and over a quarter of a million people attempt it annually. That number is growing. This seems to speak to a growing awareness that our modern lives and philosophies seem to be leaving us feeling empty and incomplete.

So why did I do it? In part because I wanted to challenge myself physically and see if I’m really as fit as I like to think I am. I’ve never walked 11 days in row over all kinds of different terrain and I thought this would be a good test. I also wanted a change of scenery and hoped to both inspire others and be inspired as I walked.

Well I was physically tested; that’s for sure. I found the Camino to be harder than I expected. I also discovered that I adjusted quickly and fairly easily to hiking with an 18 pound pack on my back for 8 hours a day. I had a few blisters but only little ones that I took care of. My body came out of this just fine and I’m pleased to know that if I had had the time I could have continued along the Camino.

I wasn’t inspired much and don’t think I was much of a source of inspiration for anyone else either. While I met people who found walking the Camino to be life changing and a much needed boost; for me it was mostly exercise and a chance to meet people from all over the world. That was probably the most fascinating part, talking to people from Asia, South America, Africa, Canada, Europe and the U.S. The Camino is quite a cultural crossroads.

I suspect that the major “lesson” I learned, if I learned anything at all, can be summed up in three little words. I had been saying this a lot over the last six months or so and know I’ll be repeating this to myself and others for a long time to come. 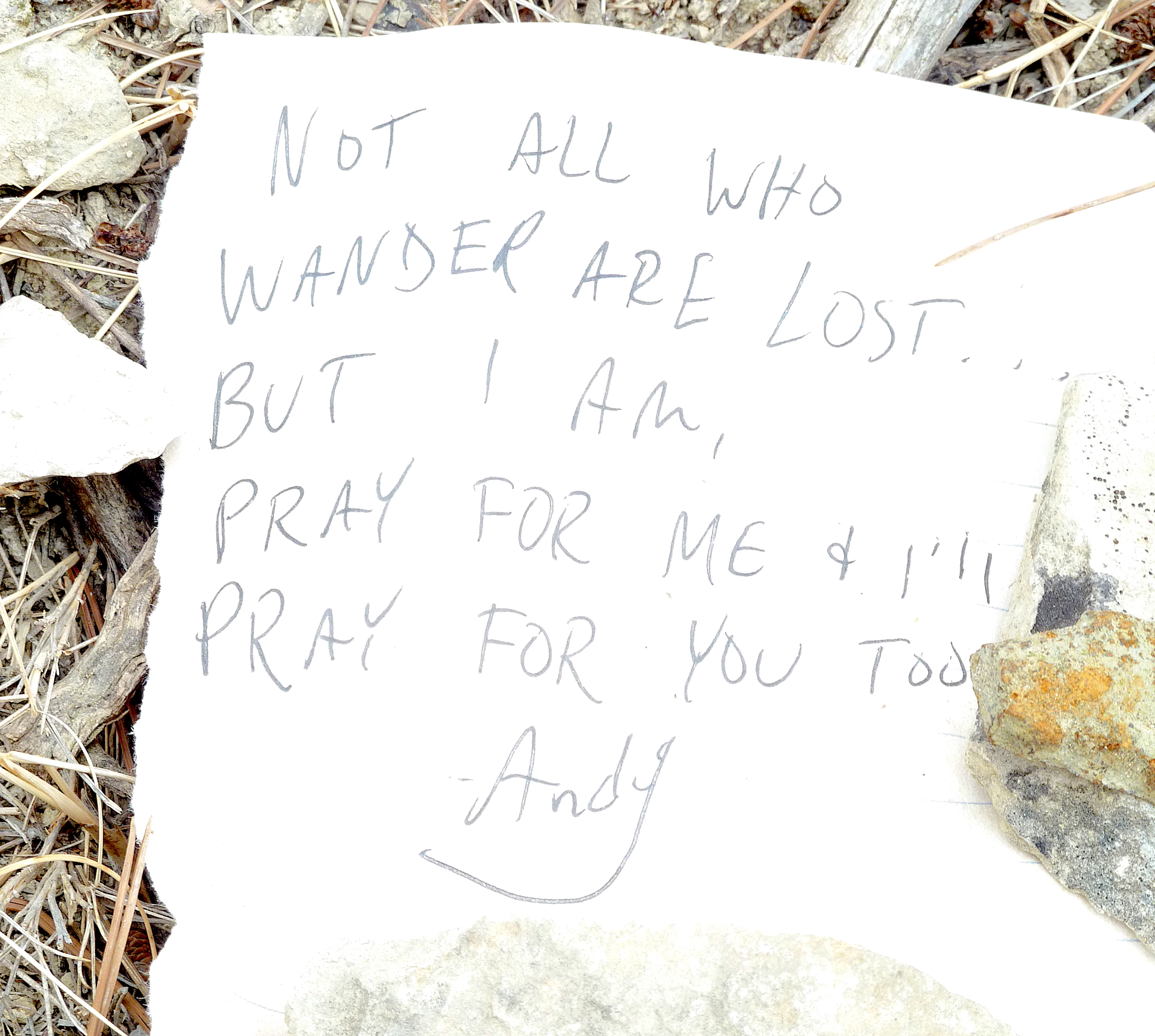 In many ways that’s the secret to success in just about everything. Just keep moving forward one step at a time. The thing about walking is that it’s slow compared to just about every other form of transportation. You become intimately familiar with the terrain you are moving through and you have plenty of time to really see what’s there.

You won’t win any races; you won’t set any land speed records but you will arrive at your destination eventually if you just keep on walking. (Personal note: you’ll also be a hot, sweaty, stinky soul when get there. But that’s okay as it makes you really appreciate the rejuvenating power of a simple shower! They talk a lot about stinky pilgrims on the Camino – and they aren’t kidding, let me assure you! I actually abandoned using deodorant while hiking! But – fear not! – I have returned to using it now.)

The other piece of wisdom is one I discovered hiking the Grand Canyon in May and relearned it on the Camino: “Just walk your walk.” Don’t be competitive and don’t worry about how fast or slow others are walking. You walk at the pace that suits you. Don’t dawdle but don’t push yourself to keep up. Just walk your walk and you’ll get wherever it is you need to be. 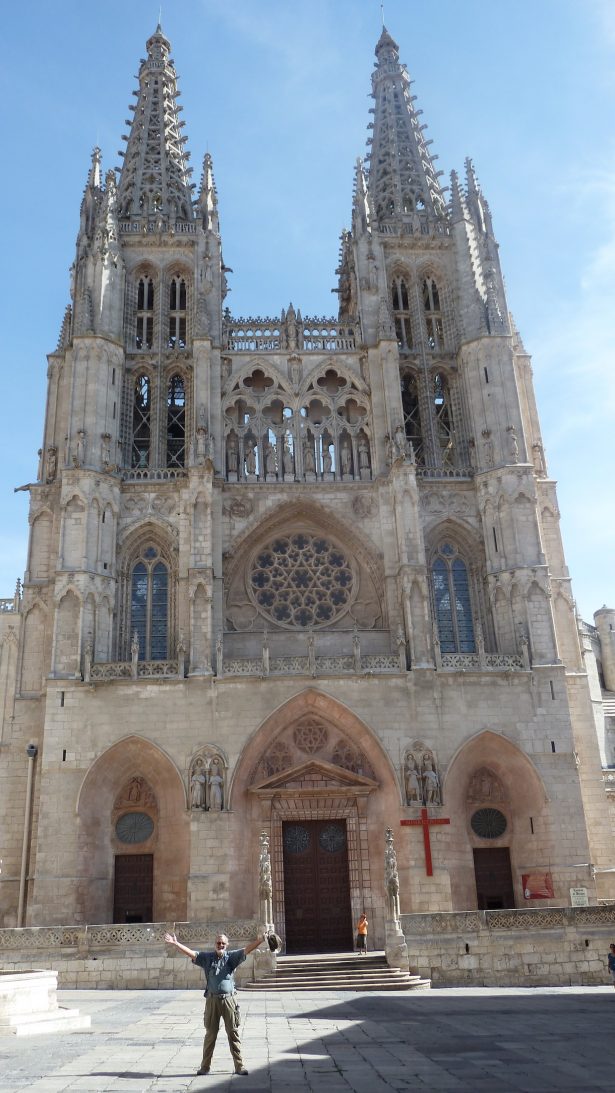