On the 9th day since news arrived of 2 confirmed cases of coronavirus in La Paz County, roughly 33 people have now been tested for the virus, state numbers show. 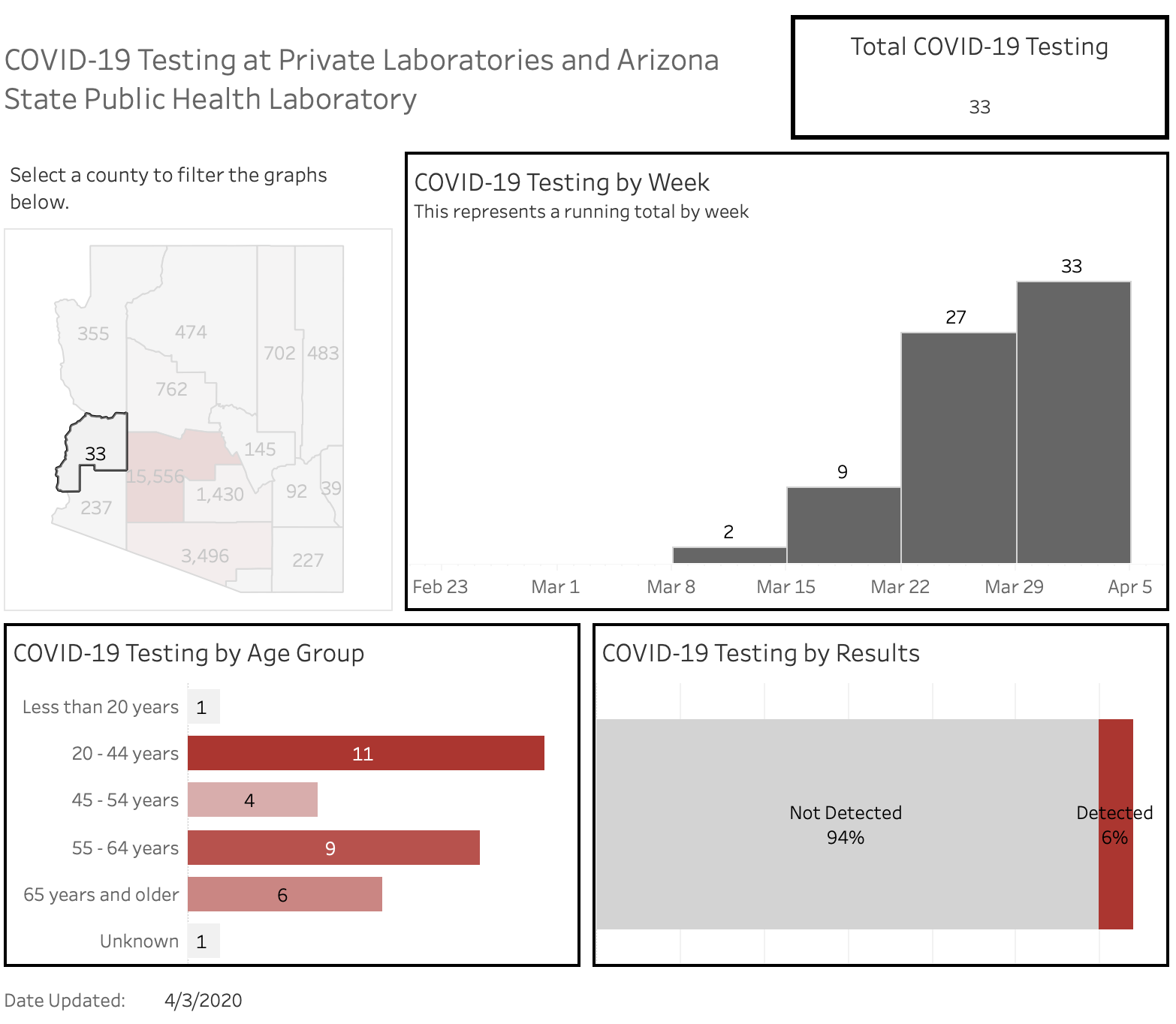 The real numbers may be slightly different than the reported ones, because private labs do not report all testing. But the La Paz County Health Department tells Parker Live that the County has sent tests in daily since the beginning. There are still tests pending.

Widespread testing problems have created a backlog, according to media reports. Labs are able to process testing for around 100,000 patients nationwide per day, but it’s not enough, experts say. Some patients are waiting longer than a week to find out the results of their tests in a crisis that changes by the hour. 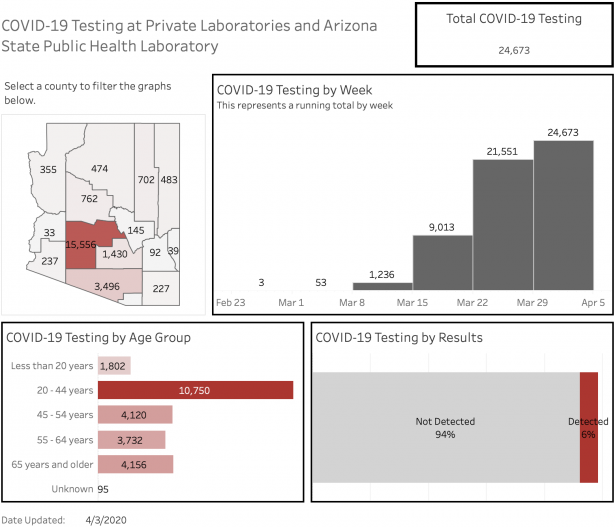 In Arizona, 24,673 tests have been done, the vast majority of them in Maricopa County, which has also seen the highest number of cases as would be expected for its population size. Statewide, about 6 percent have been coming back positive, 1769 total cases causing 41 deaths in the state to date.

Physical distancing from others remains the most effective tool to avoid a spike in cases that threaten to overwhelm the health system. In the past week, Arizona has enacted a “Stay home, stay healthy, stay connected” order and the Colorado River Indian Tribes has enacted its own stay-at-home resolution, closing access to its section of the river for recreation.

Some recreational hotspots like Sedona have now seen hiking trails and day site closures due to people congregating and a failure to follow social distancing guidelines.