UPDATE: The below tentative results have been confirmed. See HERE for an updated article with final results.

See the initial unofficial La Paz County Primary Election Results at the bottom of this article, which was liveblogged on Election Night. 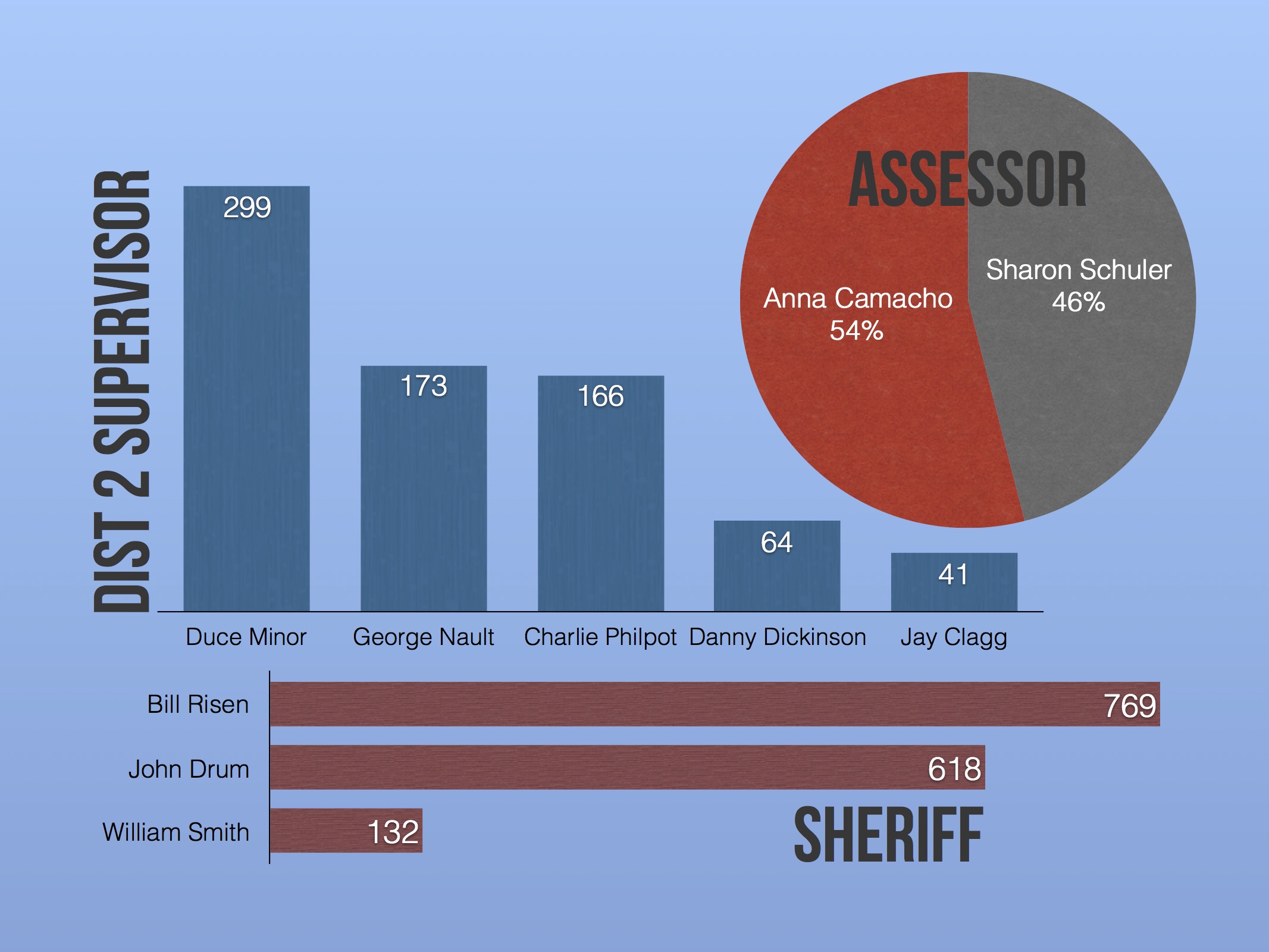 7:46pm- The first results we get will be ‘unofficial’ results, based on today’s votes at the polls and early ballots that were received before Thursday last week. So-called ‘late earlies’ – which are votes made on early ballots but not returned until very close to Election Day – will not be counted in that early vote, nor will provisional ballots. According to the La Paz County Recorder’s Office earlier on Tuesday, they received a little more than 400 ‘late early’ ballots since Thursday, so they won’t count in the first results we get. More on what that means when we have some to report.

8pm- I ordered pizza. What’s everybody else eating tonight? I heard that pizza is an Election Night tradition. 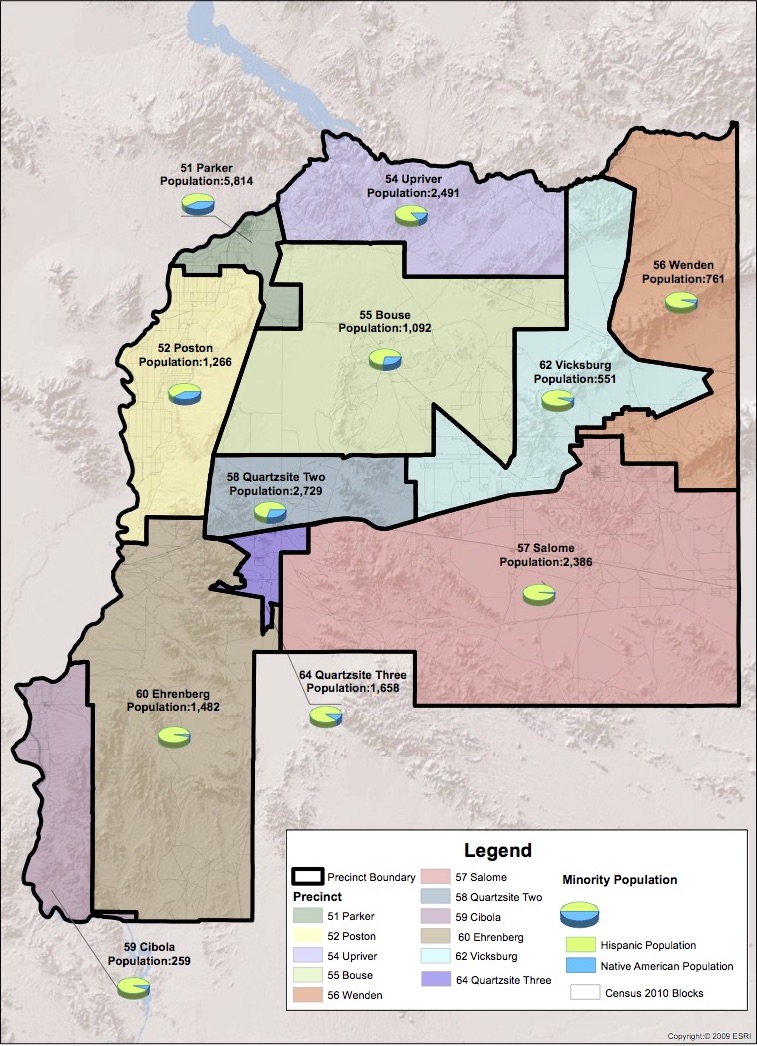 8:15pm- In case you’re wondering why we’re not talking about the Democrat primary, it’s because there’s really nothing to discuss. The 3 contested races to watch tonight are all on the Republican side. Take County Sheriff, for example: William ‘Will’ Smith and William ‘Bill’ Risen are both challenging incumbent Sheriff John Drum on the Republican ballot. Whoever wins tonight will go up against Democrat Frank Vidrine in November.

8:18pm- This webcam needs an upgrade. 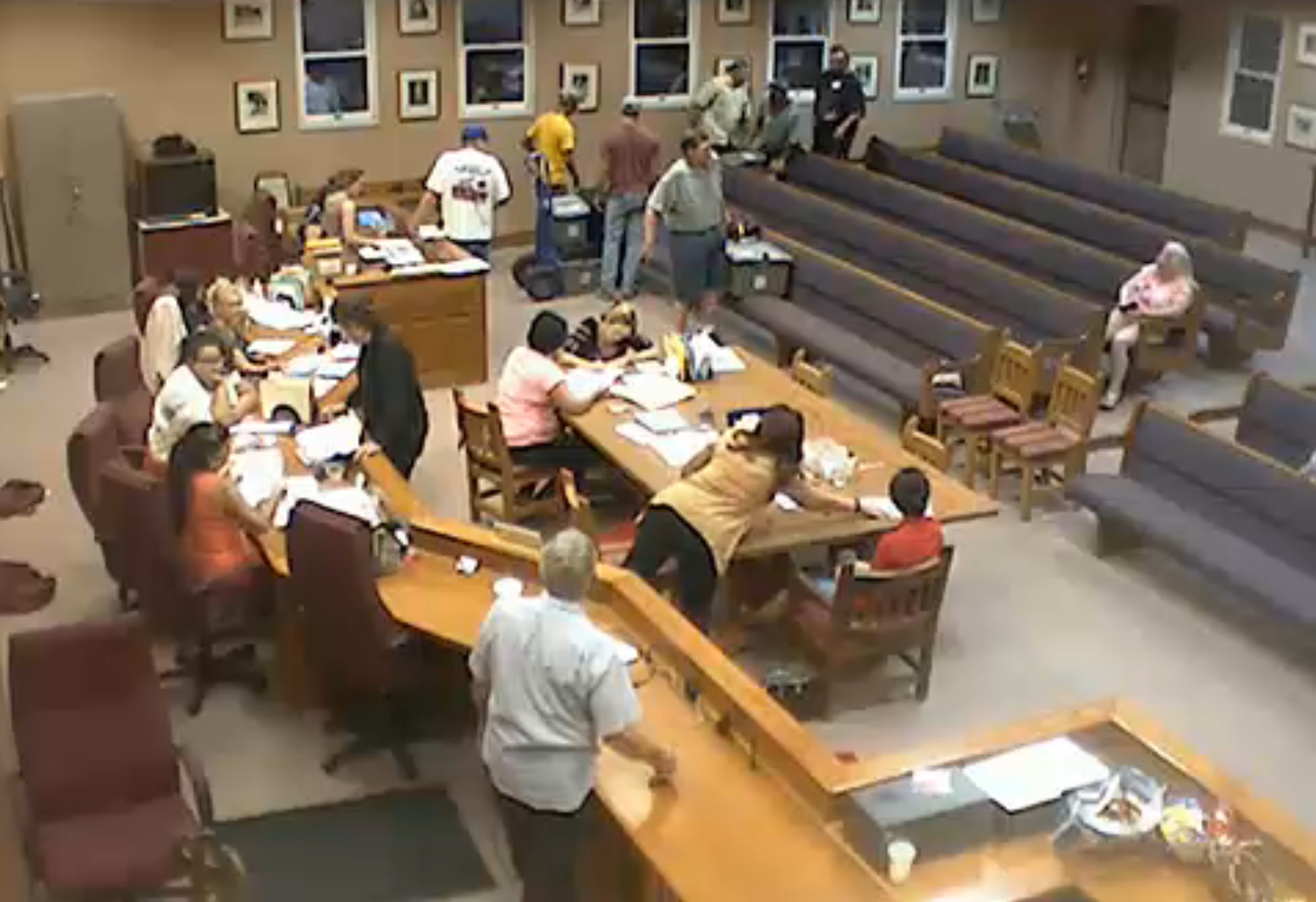 8:21pm- The only race that may be decided definitively tonight will be that of County Assessor. Republicans will be deciding who the next La Paz County Assessor is for everybody, including Democrats and Independents, because there are no non-Republican challengers. Anna Camacho is challenging incumbent Assessor Sharon Schuler, and whoever Republicans choose will be unchallenged in November and become Assessor.

8:31pm- Q: When will the ‘late earlies’ and provisional ballots be added to the total? A: Usually the following day there’ll be an update to the total after the extra few hundred ballots are counted. We’ll see. It can take days and days to get a ‘final official’ result. But if things aren’t super close, we should have a good idea of the direction things are headed.

8:46pm- Q: How close could any of this really be? A: In recent previous elections, major candidates have lost by a single vote. Believe me, it can happen. So while tonight’s results – coming in the next hour or so we think – will be ‘unofficial’, and won’t include all the ballots, it should give us a great idea of what’s going on. But if things are really close, we won’t know until tomorrow or Thursday. 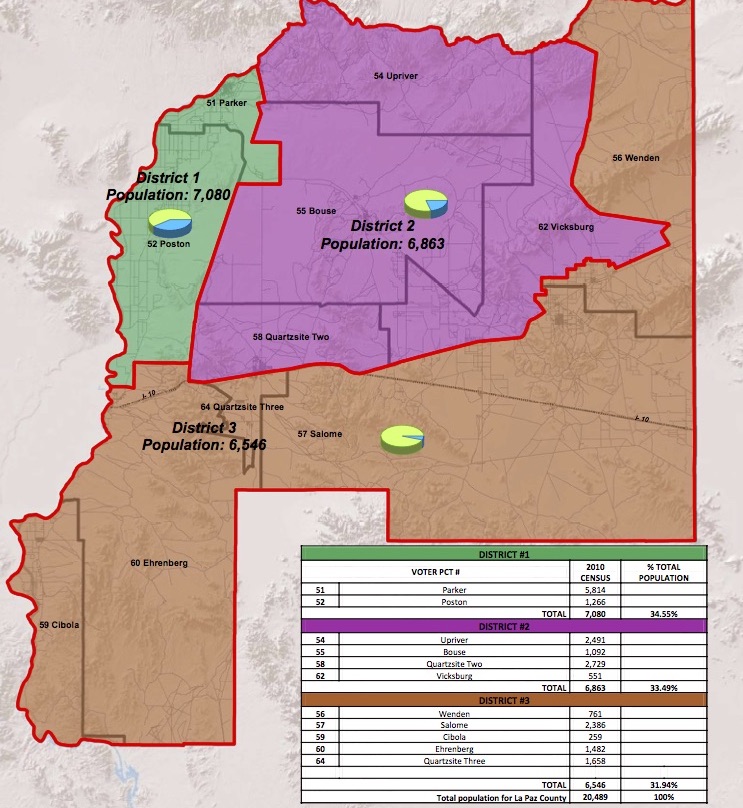 9:30pm- We should be only around half an hour away from some initial results now, friends. Counts from the various precincts are being tabulated now and added to the totals from earlier, and the majority are behind us. For those wondering what the webcam shows, it’s the Boardroom at 1108 Joshua Avenue in Parker, which I believe is open to the public if you want to go see what’s happening in person.

According to initial County Assessor results, Anna Camacho looks to be winning the race for Assessor, with a split of 803 to Sharon Schuler’s 684.

These results do not include around 600 more ballots that will be counted next, most likely by Thursday this week. Still waiting for Supervisor District 2 results.

10pm- Still waiting. If these results hold up, it’s not a good night for incumbents.

10:02pm- Duce Minor has taken the lead on the District 2 Republican Supervisor race. Here are the results so far:

10:05pm- It’s hard to see how anyone can catch up to Duce Minor in the District 2 Supervisor race, unless the proportions of ‘late earlies’ and provisionals are substantially different than the votes counted thus far. Duce ran on a decidedly ‘non-establishment’ platform, emphasizing the desire for change. The same is true in the Sheriff race, which right now favors challenger Bill Risen in a 10-point lead. And the same is true in the Assessor race, which right now favors challenger Anna Camacho in an 8-point lead. It seems clear that many voters want change, and are voting against the status quo this election year in an upset for some of the incumbents.

Although there are somewhere around 600 more votes to be counted by Thursday, there would need to be a reason to suspect that the proportions of the votes in the remaining ballots would be any different, and, absent that reason, it’s likely to simply cement the current leads (especially in the decisive District 2 win).

10:27pm- And that’s it for our live coverage of the election tonight. Tune into KLPZ 1380am just after 8am for some election analysis with myself and La Paz County Recorder Shelly Baker. Goodnight!

See HERE for an updated article with final results.