To The Editor: Was a race vehicle taken and stripped at the Parker 425? 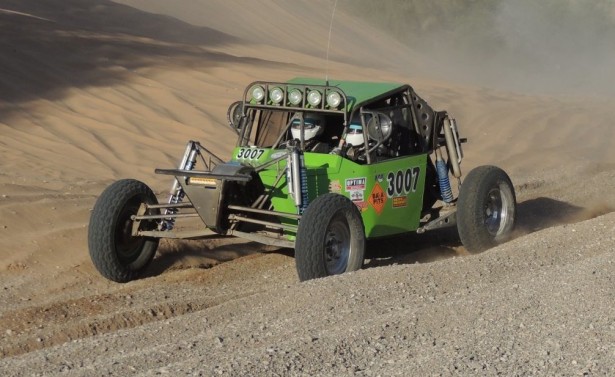 “Received some information that car 3007 broke down and apparently was stripped down to nothing. Did you hear about this? The initial report I heard from the Best In The Desert official was a black, late model Dodge Ram P/U with 2 Orange pit bikes in the back. As reported from the first BITD official on site, the major items that were removed were the shocks from all 4 corners, GoPros, and some electrical items.”

Thanks for the question, CARS. Well the rumors are really swirling on this one. You aren’t the only one who’s asked me for news on it, and the image of Parker residents towing off a race vehicle and stripping it of parts at the Parker 425 reminded me of that scene in the movie Lord of War where Nicholas Cage lands a plane in Africa and tells the locals they can have it; they tear it all to pieces in record time and the whole thing is gone before Interpol gets there.

Here’s what we know: there was a reported theft involving a race vehicle, there is an active case and – exclusive! – a solid lead with a suspect, and we should have something to report next week. We don’t know that the suspect(s) are Parker residents, or any other information as yet. But rest assured, Parker is full of race fans that want to catch the person or people responsible for this as much as the rest of the off-road community. We hope to have news for you soon.

UPDATE 2/20: La Paz County Sheriff’s Office says it is engaged actively on this case and assure the public the case has not been forgotten. There should be some news soon.