UPDATE 4/22: The victims have been identified as Lester (83 years old) and Ella (76 years old) Lindsay, a married couple from Wenatchee, Washington. The third victim was Alice Boyd (81 years old), from Bingen, Washington. The autopsies were reportedly being completed Friday by the Pima County Medical Examiner. 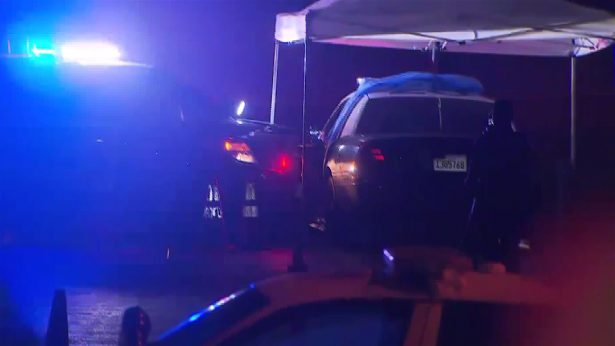 Three people are dead in an apparent triple homicide near Salome, AZ and a suspect has been apprehended in Glendale, AZ after a shootout with police in the early hours of the morning.

According to La Paz County Sheriff’s Office, a deputy was dispatched to a residence in an undisclosed location off Salome Road in reference to a possible burglary. Upon his arrival, he identified three separate residences that had been broken into and ransacked. During the course of his investigation, the deputy located three separate homicide victims who had died from apparent gunshot wounds. Two of the victims are believed to be married and sharing a residence and the third was located separately in another home.

The husband and wife were reportedly dragged from their house to their garage after a home invasion, according to the Arizona Republic. The third victim, a woman, also was found dead in her home, and her car was missing from the property. An ‘attempt to locate’ was broadcasted nationwide giving the description of the vehicle.

The Glendale Police Department says it made contact with a male subject who was in possession of the victim’s vehicle at around 1:09am, when the agency responded to reports of a subject shooting a gun and acting erratically at 95th Avenue and Camelback Road.

“As officers drove towards a white vehicle parked in the field, a subject appeared from the opposite side of the car and opened fire on the two officers,” a press release said. “The subject then fled eastbound into the open field. Neither officer was injured or returned fire. One of the patrol vehicles was struck.”

The subject was contained by officers from Glendale P.D. and Phoenix P.D., with Phoenix P.D. Air Unit providing assistance, according to the release. The suspect was identified as 24-year old Kitage Lynch of Phoenix.

Officials in La Paz County say the suspect is only considered an “investigative lead” at this time.

“The investigation and crime scene is spread out between two different counties and three different law enforcement jurisdictions,” said Lt. Curt Bagby. “All three law enforcement agencies are currently working together to try and solve this heinous crime, the La Paz County Sheriff’s Office, the Arizona Department of Public Safety and the Glendale Police Department. The name of the victims are currently being withheld from the public until family notification is complete. The suspect is currently being held at the Glendale Police Department pending the interview(s) and further investigation.”

Kitage is currently in custody at the Glendale City Jail. There is no apparent motive yet, according to police.