A Big River man was arrested Thursday for assault with a deadly weapon, a knife, and committing a crime while on bail or release. 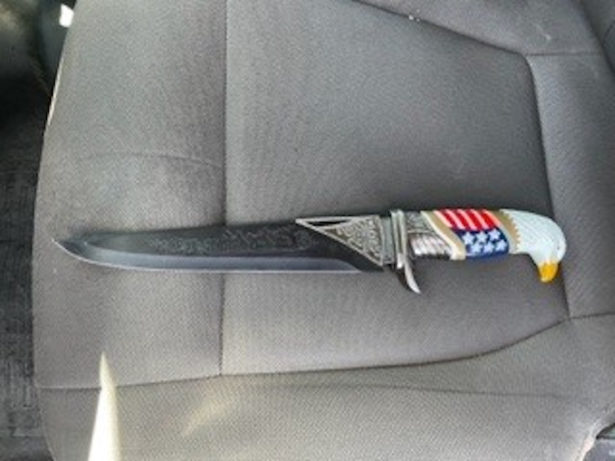 On Thursday at around 7:53 am, deputies assigned to the Colorado River Station of the San Bernardino County Sheriff’s Department responded to a report of an assault near the 5700 block of Hanemo Drive in Big River.

Norman Misaique, 38, was arrested after deputies say they determined he assaulted an anonymous victim with a knife (pictured). The victim received non- life-threatening injuries and denied medical attention at the scene. Misaique was transported to jail in Needles for booking. He was also found to have been previously released on his own recognizance due to jail overcrowding in a separate case pending a future court appearance, so he was charged with committing a crime while on bail or release.

Misaique remains in the custody of the San Bernardino County Sheriff’s Department with a bail amount of $100,000 awaiting a court hearing.